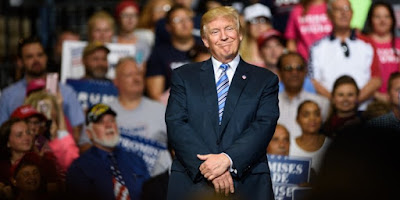 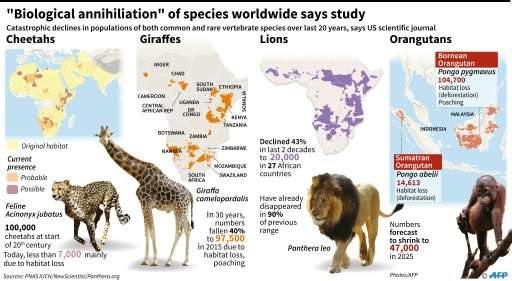 My next newspaper column. It's getting pretty damn depressing out there.


Recently I lost a friend because he thought I’d called all Trump supporters, including him, racist. In fact, I was calling on non-racist supporters to speak out against Trump’s deliberate manipulation of those he believes are racists. He was unconvinced.

I wonder how he feels about Trump telling four Democratic Congresswomen of color, three of whom are American-born, the fourth a naturalized citizen, to go back to their “broken” countries. As Trump claims they’re “pro-terrorists,” feigns outrage that they say “vile” things and use the F-word in public, one concludes the White House mirrors are broken.

If you defend Trump’s latest, it’s because he hates the people you hate. Because of you, he sees it as winning strategy, sees you as an easy mark. If that characterization offends, take a stand. Or stop pretending.

Like the above-the-law dictator he imagines himself to be, Trump is attacking America itself, made great since its founding by disagreement and protest. It’s who we are. Except for Trump’s latest ralliers, chanting “Send her back.” To whom he listened, gloating. If, in your heart, you’re chanting with them, you have no idea what patriotism is nor what America is about; you make it clear it CAN happen here.

But enough. Believe it or not, we’re facing something even worse than Trump: mass extinction.

Commissioned by the UN, a summary of the results of a three-year study on the magnitude of the problem has just been published. Comprising the work of five-hundred scientists and referencing fifteen-hundred research papers, it covers a wide range of earthly perils.

Driving Mercer Street to downtown Seattle lately, one comes to understand. In addition to traffic that allows three cars per stoplight on a good day, high-rise dwellings are sprouting like asparagus, block after crowded block, readying to house more people by the thousands. There are too damn many of us.

“The essential, interconnected web of life on Earth is getting smaller and increasingly frayed,” wrote the co-chair of the eighteen-hundred-page report. “This loss is a direct result of human activity and constitutes a direct threat to human well-being in all regions of the world.”

We’re bludgeoning our planet to a slow but certain death. As we heat it up to intolerable levels, deplete finite resources, cause the elimination of millions of species, we’re destroying the home whose complex ecosystems sustain us. And though it’s obvious what needs doing, it’s increasingly unlikely to happen, for humanity lacks the required collective wisdom, and America’s leadership is no more. Increasingly, we seem to be looking backward, wishfully, not ahead and clear-eyed.

Around twenty-five-percen of plant and animal species are threatened, and an additional million are heading toward extinction. For those who don’t care about flora and fauna any more than they do about Trump’s anti-Americanism, the report catalogs the deadly threat to all humankind, including them. For those who do care, the summary can be found here.

Climate change is a big part of it, but there’s more. We’ve lost eighty-five percent of the world’s wetlands. Two-thirds of ocean waters are stressed; half of the world’s coral reefs are dead. It’s happening hundreds of times faster than millions of years past. We’re clearcutting hundreds of millions of hectares of rainforest, gobbling up rapidly-diminishing, essential elements, as the world population has doubled since 1970. People are already fighting over food and water, fuel and land, to the tune of twenty-five-hundred conflicts currently ongoing. It’ll get worse.

Topping the list of required changes are two all-but impossible actions: stopping population growth and decreasing consumption. These would entail entirely re-constituting the developed world, in which all economies are, to a greater or lesser extent, predicated on consumerism: increasing and housing customers, making newer and more irresistible products.

Could we abide a less self-destructing economic model? Would we be willing to keep our current smartphones and outdated HDTVs? Not in the irreparably divided, conversation-averse, science-rejecting US, where our “president” has convinced half of us our biggest problem is immigration.

Years ago, there was an experiment in which mice were challenged with dense overcrowding. Good news: they stopped reproducing. Bad news: they turned to cannibalism. Thanks to Trump’s self-serving provocations, we’re already tearing each other apart in a kind of verbal feeding frenzy. Trumpists are stockpiling weapons, and their food-stores won’t last forever. Are we better than rodents?

If Trump’s rallies portend America’s future, the answer is no. Clearly, undeniably. No.

Many years ago, I wrote an impassioned treatise I called The New Malthusian Imperative. The few people who read it, all friends and associates, found it mildly upsetting, but thought my concerns about overpopulation and depletion of resources were misplaced. "Not in our lifetime or the lifetime of our grandchildren." But it is coming to pass while the grandchildren look at the grandparents with disappointment, even loathing. We did this to ourselves, and to them. Now, the worst among us have a blathering, imbecilic champion whose final act may yet be a compassionate one: entering that awful code that will set the planet ablaze.

Well, said, John. You were a seer then, and equally clear-eyed now. It's my grandchildren for whom I weep, every day.

Yeah JS, I make the same kinds of arguments I've been making since Reagan was in office. I often make them in the paper and the Baby Boomers go bonkers with the "How dare you" type responses. The "I didn't/don't/do" to exclude themselves of the obvious. Similar to the "I got a black friend" excuses.