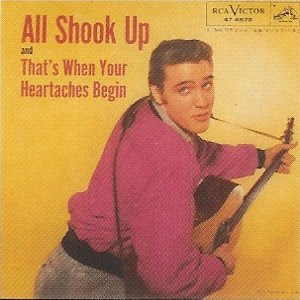 Here's some good sense from a Christian press organization. Lordy, it's even from Texas!

"...From the old Procter & Gamble Satanism libel to tales of more recent vintage about President Obama’s faith and citizenship, Internet-fueled rumors seem to run rampant. And, frighteningly, Christians seem at the very least to be as susceptible as the population at large to the habit of spreading false stories..."

Of course, I'd say the nature of religious faith is such that it fuels more gullibility, especially as it leads to building a wall between faith and facts which might threaten it. Still, it's nice to see some clarity on the matter, from a religious institution. I don't think it's mere coincidence that the party of conservative religionists is the one in which these sorts of falsehoods spread so easily; nor that the need for unquestioned belief is paired with the willingness -- need, that is -- to accept them.

Email ThisBlogThis!Share to TwitterShare to FacebookShare to Pinterest
Labels: credulity, religion and politics


The "TED" series of talks is one of my favorites; always thought-provoking, always enlightening in some way. This one reflects much of what I've tried to convey, in my posts on religion, as to why the idea of an all-powerful, all-knowing, loving god makes no sense. The difference is that in this video the ideas are wrestled by a man of the cloth, with a soothing voice and a British accent (which, in my mind anyway, always denotes intelligence.)

That a man of faith struggles so openly and deeply is touching. I like it, even though, in the end, what he concludes -- which is eminently sensible -- requires no faith at all, and yet he needs to call it a sort of faith. What he concludes -- that there is a center of spirituality in all of us and that if we relate to each other from that center we'd be better off -- is perfect; and perfectly absent the need to invoke some sort of sky person to live it. Having thought hard about the contradictions inherent in the biblical view of god, he comes to the only thoughtful conclusion: it makes no sense. He even repeats a thing I've said in both of my blogs: if that's the way god is, I want no part of him.

But, as do I, he concludes that while there are things we can't know, we do know we are capable of love and reason and pain and that acting toward one another and the world in acknowledgment of that ought to be enough. Why addle it all up with a bunch of contradictory rules and beliefs that make no sense, and add nothing to that basic truth, that inarguable basis for dealing with one another?

Perhaps the Vicar wouldn't approve of my synthesis of his talk. If not, it wouldn't be by much that we disagree.
at October 18, 2009 3 comments:

Email ThisBlogThis!Share to TwitterShare to FacebookShare to Pinterest
Labels: religion, the nature of God 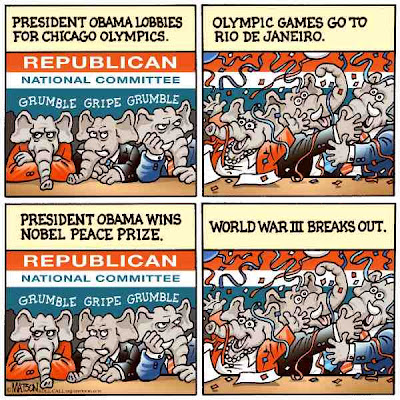 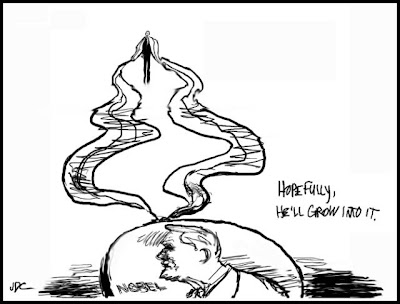 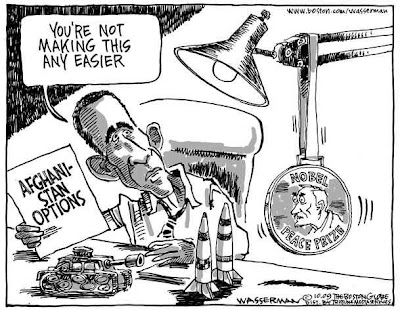 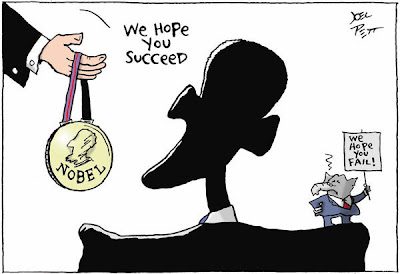 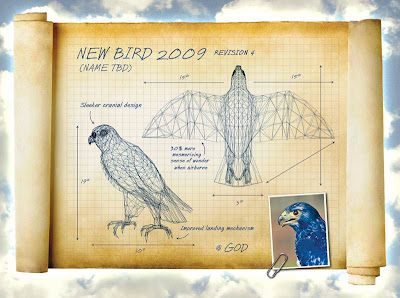 According to the latest specs, etched in two tablets of stone and handed down from atop Mount Sinai, the new bird is anticipated by God to be His finest creation to date. Available in two colors-—male and female—the bird reportedly combines everything God has learned from His previous works into one "new twist on an old favorite."

Wonder what got him thinking he needed to get back to work. I'm guessing it was watching Tom Delay on "Dancing With The Stars," or listening to Glenn Beck.

Once he gets that creation thing back up and running, let's hope he'll recall humans and come up with something a little less embarrassing. 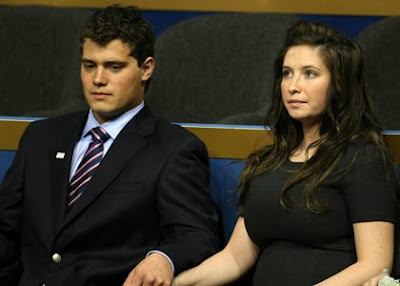 A political story that has it all: stupidity, lying, cynicism, pandering, weakness. It's the perfect demonstration of everything that's wrong with our politics, and proof that there is, undeniably, no hope. Congress is failing us. Willfully. Gleefully. Irretrievably.

Unable to pass health care reform, unwilling to stop the flow of money to insurers who have no role providing care, the Senate Finance Committee nevertheless looks ready to approve the appropriation of fifty million dollars for "abstinence only" education. "It works," says Orrin Hatch.

He is, of course, entirely right. Assuming that by "it works" one means "it doesn't work." Study after study has shown its failure to change the biological call to the rutting of teenagers. Unanimously, Republicans voted for it, along with enough Democrats to pass the proposal.

So, what's the explanation? Are they too stupid to read; do they know the facts but choose simply to ignore them; is it a naked case of pandering to those in their parties who are, in fact, too stupid to read or understand? These fighters for fiscal discipline: willing -- nay, anxious -- to spend money on a discredited program. At best out of duncedom; at worst for completely cynical political reasons. Fifty million -- a drop in the bucket nowadays. But perfectly symbolic of where we are.

Fair is fair: let's not ignore the fact that Democrats, along with many Republicans, have voted to spend billions to continue building C-17 cargo planes, despite the fact that the Pentagon says they're unneeded, and despite Obama's urging to kill it. Credit to John McCain for calling them all out. (Unlike abstinence education, one can at least argue for building the planes as a jobs program. At least that would be semi-honest.)

Obama ought to veto the appropriations bill. I'm betting he won't.

Stupidity, ignorance of fact, craven playing to the craziest of one's supporters, caving to well-financed lobbyists. These stories have it all, and show, once again, why it is no longer rational to hope for good governance from Congress. This stuff was simple, binary: abstinence education -- doesn't work; more C-17s -- not needed. If they can't deal with such mindless stuff, how can we expect anything good on health care, energy, education, economy?