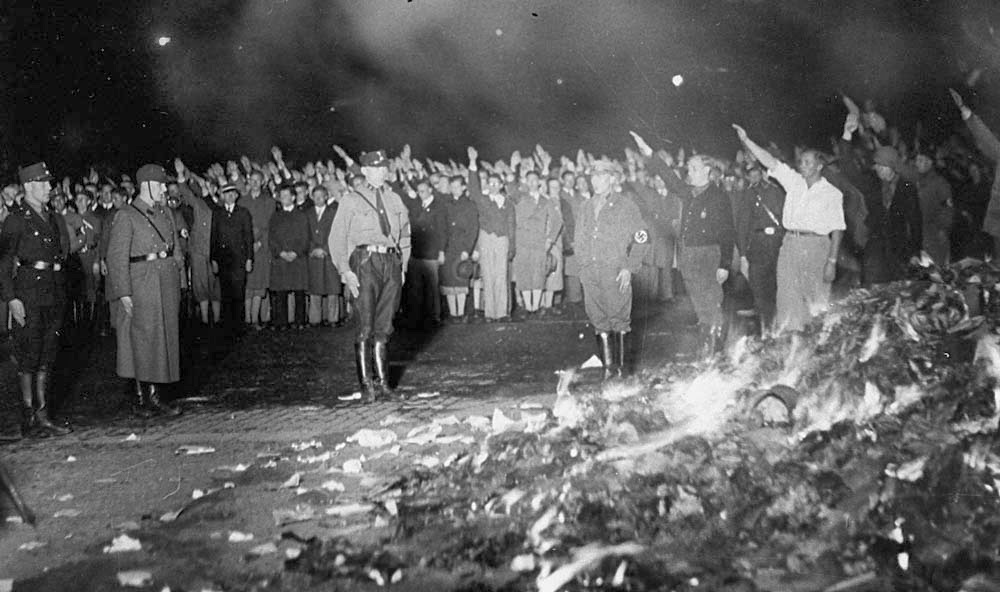 So it seems the insanity known as modern "conservatism" in these parts has infected people north of the border:

Back in 2012, when Canada's Harper government announced that it would close down national archive sites around the country, they promised that anything that was discarded or sold would be digitized first. But only an insignificant fraction of the archives got scanned, and much of it was simply sent to landfill or burned.

Unsurprisingly, given the Canadian Conservatives' war on the environment, the worst-faring archives were those that related to climate research. The legendary environmental research resources of the St. Andrews Biological Station in St. Andrews, New Brunswick are gone. The Freshwater Institute library in Winnipeg and the Northwest Atlantic Fisheries Centre in St. John's, Newfoundland: gone. Both collections were world-class.

An irreplaceable, 50-volume collection of logs from HMS Challenger's 19th century expedition went to the landfill, taking with them the crucial observations of marine life, fish stocks and fisheries of the age. Update: a copy of these logs survives overseas.

The destruction of these publicly owned collections was undertaken in haste. No records were kept of what was thrown away, what was sold, and what was simply lost. Some of the books were burned...

One might hope that the reflection in the mirror might shock the US "conservatives" into some sort of self-recognition. Doubt it. I'd guess plenty of them would be cheering them on. Assuming they'd heard about it. On Fox "news."