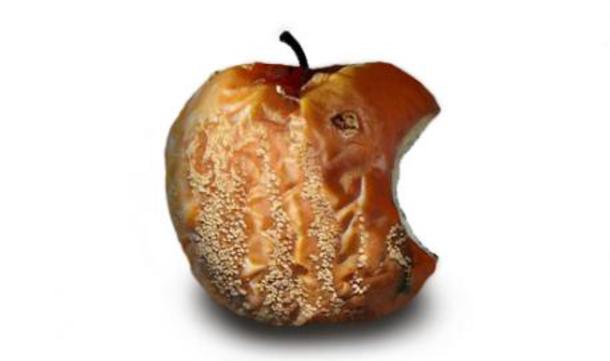 It came to me today on my morning walk, and admittedly it was hot as hell and my brain might have overheated some. But it all makes sense, that rejection of science, facts, expertise that has come to constitute today's Republican party, which, in turn, is made up of so many of a particular sort of Christian. And here it is: THEY'RE GIVING BACK THE APPLE!

It's all about original sin, that evil woman who chose to learn stuff, that offensive act from which all of God's wrath, through generation after generation, by storm and pestilence and hemorrhoids and halitosis and by raining down homosexuals upon us all, has flowed.

THEY'RE GIVING BACK THE FKING APPLE!!! It ain't me, God, they're saying. I'm not the one who wanted to become enlightened about this world. See? Watch this. You can have it all back. So we're good, right?

THEY'RE GIVING BACK THE APPLE!!!!