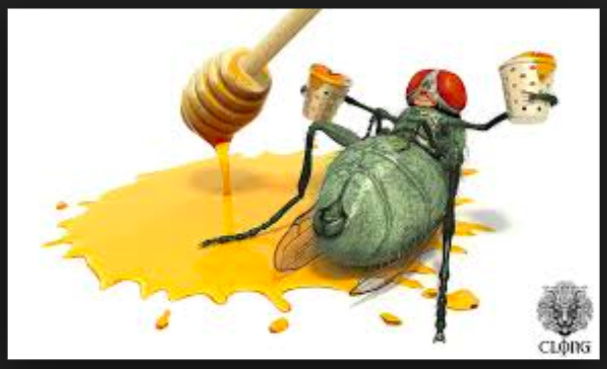 My next newspaper column, mostly written before the latest shit hit the fan:


I take seriously complaints about my rhetoric. Would that my apprehension over Trump’s authoritarian attacks on democracy were less intense. By ignoring climate change, caring less about the effects of unregulated pollution on my grandchildren, I’d sleep better; likewise, finding less depressing the contrast between a president who believed in bringing us together (but failed), and one who chooses to aggregate power by deliberately inciting division and hate for one another. Maybe I should regard Trump’s followers more highly than he does.

I’ve told myself to tone it down, on the chance it might convince people of the ominous prospects we’re facing. If I asked more politely to think beyond enmity and fear, to consider the damage done by his lies, his virulent attacks on the press, former opponents, our system of justice, on people unlike them, might Trump’s supporters listen?

Scorched-earth politics didn’t become a signature of the formerly honorable Republican Party until Lee Atwater, Newt Gingrich, Karl Rove decided no lie, no personal attack was out of bounds in the pursuit of power, no compromise acceptable. Trump has raised it to cosmic levels, but he’s their rightful heir and predictable result.

Whoever’s to blame, zero-sum gamesmanship has supplanted polity. Yes, I’ve thought Trumpists like him for hating whom they hate; and I’m told people like me are America-hating, commie “libtards.” I’ve tried more respectful interchange with those who say so, but no matter the beginning, it ends the same. Were I nicer to those who reject all evidence for everything I believe, everything that made America exceptional, would it make a difference? Experience says, “No,” and it asks, “Why bother?” But maybe I can understand Trump’s people in ways that wouldn’t make me despair.

Maybe climate scientists really are a loathsome international cabal. Might trickle-down economics be logical? Maybe those who believe so deserve rehearing. Would people raise themselves out of poverty without help, find jobs, not turn to crime, their children grow strong, break the cycle of poverty, if only we stop giving them “handouts?” Is our future made brighter by redistributing wealth to the already-wealthy rather than spending on infrastructure, protecting elections, helping working parents with childcare, funding public education? Maybe shareholder profit really does outweigh increased wages. I’ve found nothing that confirms these things, but I could look harder.

Let’s assume Trump’s right: protests should be illegal. Canceling raises for federal employees (forty-percent are veterans) to pay for millionaire tax cuts might support capitalism more than maintaining a middle class. It’s unremarkable, if unprecedented, that Trump withheld records of his Supreme Court nominee; not outrageous that Kavanaugh dumped forty-two-thousand pages twelve hours before the hearing. It absolutely doesn’t suggest he’s a partisan hack. Or that the Senate no longer serves the people (Cory Booker excepted).

Maybe Trump’s defenders think he lies to them so they’ll appreciate truth if they ever hear it; Reaganomics would work if Republican economies didn’t keep crashing; the DOJ should only prosecute Democrats. It helps to think so.

Conceivably, people who aren’t bothered by increasing pollution are convinced it will make children stronger. Possibly they’re thinking unselfishly: if some kids die, even their own, the ones that don’t will breed poison-resistant humans, evolved through natural selection to metabolize toxins healthfully, make following generations extra smart. If so, I’ve misunderstood them.

Perhaps I’ve misjudged those nice folks at Trump rallies who, on his urging, turn to face the press in the back rows. Maybe those expressions aren’t hateful at all; maybe they’re using sign language to say, “Have one on us!” I could’ve misheard what those principled patriots are chanting. Sure sounds like “Lock her up,” but that’s so removed from American-style rule of law, it can’t be. “Brought our cups.” That’s it.

Could be Republicans were right to denounce Obama’s (declining) deficits but not Trump’s exponentially increasing ones, now over a trillion dollars. Despite paying for top-heavy tax cuts by severely cutting Medicare, Medicaid, and more, their 2019 budget benefits everyone. Let’s say.

Maybe when Trump said he prefers soldiers who aren’t captured, he was making an impassioned anti-war statement. Putin probably loves America more than John McCain did. Suggesting Russia attacked our electoral process is un-American; looking into it, treasonous. Blinded by partisanship, I’ve failed to see it. Henceforth, I must strive to be best.

Or find a nepenthe.

[Urgent addendum: That anonymous NYT author, et. al., should resign, go public, force Congresspeople to go on record. Everything is at stake. It’s a Fifth Avenue moment, Trumpists, without precedent. This once, read the links. Withhold your first response. And second, and third.]

Email ThisBlogThis!Share to TwitterShare to FacebookShare to Pinterest
Labels: Flies to honey, NYT commentary bombshell, Trumpists are right about everything