The Enemy Next Door (not the movie) 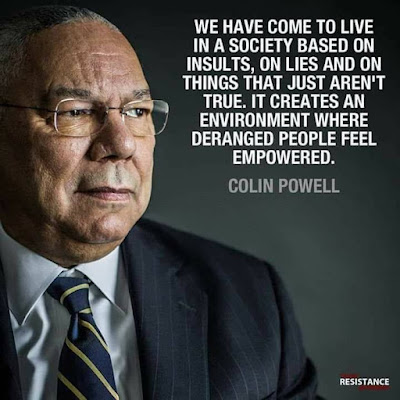 Yes, I will be taking a break, but this is too good to pass up, a local example of fake news extruded onto the internet by people too lazy or ill-equipped to recognize it. Or purposefully. In any case, this one involves me.
Perhaps the reader is aware of the information-exchange website, “Nextdoor.” It’s nationwide, with regional subsets of local groups (“Everett Conservatives,” in this case) and neighborhoods, like “Nextdoor Boulevard.” A better name would be “Nextdoor Nosy,” as there’s a surfeit of complaints about loud cars, unkempt yards, teenagers, dogs, and warnings of people walking funny.
A few days ago, I was sent screenshots from a thread on the site, asking for my thoughts. It was approximately hilarious, but definitely sad. Not for myself, but for what passes for information on right-wing sites nowadays.
Informant Jan writes, “You can google Sid Schwab and you’ll arrive at a writeup written by him. [She surmises.] He entitles himself as Doctor Schwab. He claims he received his surgery training in San Francisco but doesn’t name the institution… Then practiced for five years in Salem. Where in Salem? … 20 more years at the Everett Clinic. As what? He also said he was a flight surgeon in Vietnam during the war. How does he confirm that? … I think the Herald should vet his credentials.”
Co-conspirator Amanda chimes in: “I think I just watched his story a few days ago. A really bad doctor who maimed and killed his patients. I really did just watch a documentary that sounds a lot like this guy.”
To which Jan replied, “Amanda, I’m going to write the Herald re this creep. Think you should, also.” Then, “The Herald did not publish my letter re Sid Schwab… I will not renew The Herald.”
“Creep” was a nice detail.
There followed input from a lady who’d actually looked into it – something the outrageously outraged had chosen not to; placing, it must be assumed, righteous indignation above truth. The nicer lady posted easily-found documentation and verifications, which seems to have brought the “discussion” to a close.
Lacking admission to “Everett Conservatives,” I'd guess there were posts that preceded what was sent to me. Whatever documentary rattled around between Amanda’s ears can’t have “sounded like” what Jan said, if that’s where the deliberations began. It didn’t seem especially creepy, nor had she cited maiming and killing, the avoidance of which I’ve always considered kind of a personal credo.
The point is not to argue I am who I am, or to suggest I’m not a creep, because, well, the definition is admittedly squishy. It’s to point out how easy it is for online ill-wishers and/or the uninformed to spread falsehoods, deceive those lacking critical minds, trash reputations, and, tragically, propel narcissistic incompetents into high office.
Brewing in a “conservative” coven, it’s probable the exchange arose from enough intellectual residua to have secerned my subtle misgivings about Trump. Likely, it went no further, but it’s instructive nevertheless. Someone saw something she assumed was written by me (the publicist for my book, more likely) which didn’t include the address of UCSF or The Salem Clinic, or proof I served in Vietnam. Therefore, suspect. Also, I was born in Kenya.
A co-conspirator saw a “documentary,” which she concluded was about me. Really? Was the subject unnamed? Had he been in SF, Salem, and Everett? Otherwise, we must conclude not all bulbs in Amanda’s chandelier are LED.
Charitably, I’ll assume it wasn’t deliberate dishonesty, but just the lazy credulity Russian and other foreign entities count on when they plant their pro-Trump propaganda.
Which is perfect fodder for homegrown grift, too, like Trump’s calls for “stop the steal” donations and scammers selling suckers overpriced “Freedom Phones.”
And it mirrors what people who value truth are up against: a malignant mélange of mendacity, gullibility, sloth, and skillfully-cultivated inability to recognize falsehood. Or preference for it. Especially if it supports inaccurate beliefs that are more comfortable than accepting hard reality.
Whether I lied about Vietnam (wanna see my DD214 or Purple Heart Medal, Jan? Email your address and I’ll drop by) or being a doctor (I’ll bring my degrees, too), is minuscule solanum tuberosums compared to whether the election was stolen, climate change and Covid-19 are real, or Trump is a sociopathic liar. But, on a smaller scale, it validates the confidence of those who, capitalizing on strategically-produced right-wing ignorance, spread misinformation to the willing, to maintain power and wealth while hurting the very people they’ve deceived into voting for them.
It’s hard to see a way out of it.
[Image source]
at July 20, 2021