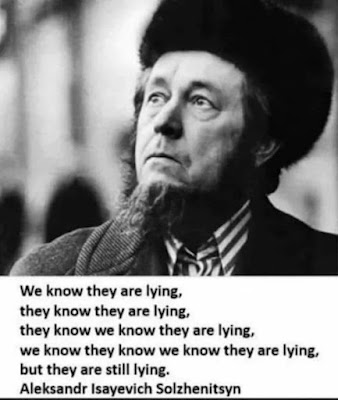 File under “duh.” Is what I thought when I saw the headline: “Conspiracy theorists lack critical thinking skills: New study.” But it was a slow day, so I read the article. Although it lacked a link to the study, it described what was done: giving groups of students an established critical thinking essay test and correlating results with belief in conspiracy theories. The unsurprising results, and the test itself, are stated in the article. Like I said: duh. It did make a provocative, if questionable point, saying susceptibility to conspiratorial thinking had nothing to do with intelligence. Well, okay. Maybe it’s a matter of definition.
But that’s not the important part. The article also cited studies showing that, unlike intelligence, critical thinking can be taught. Which led to an “aha” moment. It explains the depressing scenes of demon-possessed parents at school board meetings, spouting insane falsehoods, threatening jobs and lives, based on fact-free belief in repeatedly disproved conspiracy theories. Critical Race Theory being taught in schools. Unnamed “studies” showing the ineffectiveness and dangers of wearing masks. And of vaccines. Comparing (because Tucker Carlson and the rest of Fox’s falsifiers do) mask mandates to felonious child abuse, or to the Holocaust. Threatening dire reprisals.
Lacking, as they do, critical thinking skills, those blood-in-the-eye, crazed true believers can’t help themselves. Knowingly pushing those lies, though, the prime poisoners of their paralyzed perceptions can. Which is where the article triggered the “aha.” It’s in public schools, after all, that people begin to acquire critical thinking skills and the desire to engage them. And what Foxotrumpian leaders fear most is critical thinking.
As with the need to create distrust in free and fair elections, which they know they can’t win, so the Trumpublican Party needs to create as much distrust in public education as possible, lest too many citizens become thinkers. They’ve been working on it for decades; now, the pandemic has gifted them the perfect whipping-up boy. Vaccines. Masks. Mandates. Pure evil, right in our schools, intentionally harming our kids. Just like those child-trafficking, baby-killing, blood-drinking, liberal hangers-out at pizza joints.
But, Q dang it, critical thinking can be taught! Which imperils the con; namely, spreading lies to keep people distracted from what Trumpublicans are doing to their health, their education, their planet, their future, (in the case of infrastructure, it’s what they’re not doing), their chance at The American Dream -- in order to reward themselves and their donors.
Uncharacteristically, a guest on Fox “news” just unbagged the feline. “This is gonna be a boon, or a boom,” he said, referring to those demented protests at school board meetings, “for private schools, for charter schools, for homeschoolers, who are gonna look for an alternative other than in the public schools…”
That’s the logic: Voters who think critically see through the grift. Critical thinking starts with public education. Ergo, destroy or dumb it down to meaninglessness. Whitewash history. Knowing it’s nothing of the sort, call teaching about slavery or the Trail of Tears, for example, attempts to get white kids to hate themselves. Describe efforts, in K-12 education, to mitigate the effects of poverty on performance, as “divisive.” Ban it from curricula. It’s “cancel culture,” multiplied times Texas. Where it’s been raised to supra-snowflake levels.
In fairness – and I’m nothing if not fair – I’ll assume most of those furious parents believe they’re acting in their children’s interest. Because they lack the tools of resistance to Carlsonian confabulations, they’re unquestioning in their conspiratorial worldview, certain that even violence is justified. Who wouldn’t be, to protect their kids? Sadly, for everyone, they’re incapable of realizing the harm being done is coming from them.
But, we’ve read, they’re not all stupid. Which means, had they any desire, they’re capable of exerting the minimal effort required to learn the truth. Theories abound about the attraction of conspiracy theories, and why such people prefer them. Mental illness. Loneliness. Desperation to belong. Validation of self-worth. Brains evolved to seek connections, short-circuiting into paranoia. Whatever the explanation, it’s there for exploitation by people of ill will. And if it’s always been a part of the human condition, the internet and (anti-)social media have given it the power to destroy. Nations. Democracy. Schools.
On the same slow day, I read an article about people trying to free themselves from the brain-eating bondage of Q-anon. Seeking cult-conversion therapy. Both hopeful and depressing, it describes only a small number of victims finding a way out. While others dig in deeper.
At this point, is there a solution? Education? If only. Watch this, and decide.
at October 20, 2021