Come The Pigeons, Home To Roost 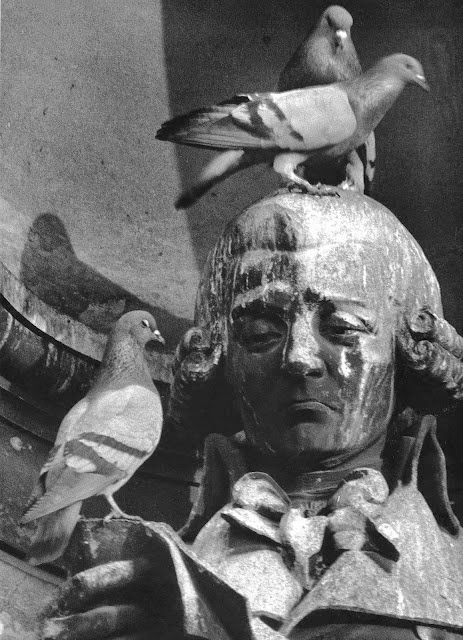 There are so many things going on that were predictable once Rs got control of both houses and had, finally, to produce stuff rather than block it. That Senatorial Rs would suddenly find that whole filibuster thing a little unseemly was as obvious as snow in Boston; and, therefore, hardly newsworthy.

But the amusing (if that's the word) part is the similarly predictable eventuality that it'd be impossible to keep their cynicism and stupidity in check. They are, after all, who they are.

So John Boehner thought he'd be cute: block Obama's immigration moves by hooking it to funding of DHS. Brilliant. Because, you know, what could go wrong? Other than backfiring and the spectacle of trying to blame it on Democrats. And revolt among the troops. My freude is as schaden as the next guy's, and part of me looks forward to their next fkup and many more to come. But no matter who's in charge, there is, after all, a certain need to govern by producing thoughtful legislation. The time when elected Rs were capable of such a thing, on the national level anyway, is long past.

That we'll see more of this clown show is as clear as the mountaintops around here. (That's why they call it climate change, Boston.) The only question is whether the next two years will be enough time for them to produce enough embarrassment for enough voters to realize they need to take the keys away. The good news: Congressional Rs, being made up mostly of paranoid and none-too-bright religious zealots, will provide plenty of evidence. The bad news: our Foxified public has been carefully made not to care.