Can't We All Just Get Along? 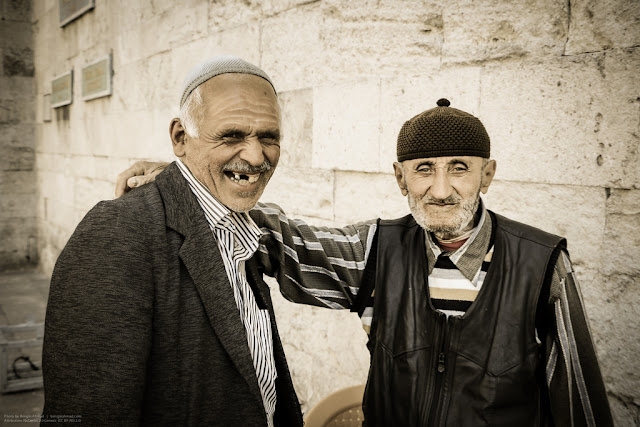 My latest newspaper column. This one is particular to readers of the particular paper, featuring a friend and former local conservative columnist who saw the light and switched to telling tales from his mariner days before hanging it up altogether. The paper occasionally features letters saying he's missed; usually in the context of an unfavorable comparison to me:


Like some recent writers to The Herald, I miss Larry Simoneaux’s column. Happily, he’s a good friend, and we get together often enough to fill the void; some might be surprised that it was he who originally recommended me to the paper. Our friendship began years ago, when I emailed him disagreeing (respectfully!) with something he’d written, suggesting a point of view he hadn’t considered. Which led to a phone call and, eventually, meeting for coffee and good discussion. We’ve been doing it ever since. I’ve even helped sight his deer rifles, if you must know.

So, as a public service to those who’ve written letters begging for Larry’s return and to the many more who haven’t but miss him just as much, I invited him to today’s column. And, yes, it’s real.

Sid: Hey, Larry, your fans are clamoring for your return. Any chance?

Larry: No. It was time to stop and I knew it when, all too often, I found myself up against a deadline with not an idea within a light-year of my brain.

Sid: Figured. But do you ever miss the column?

Larry: Not so much the column as the people who took the time to write, call, or e-mail me. Even those who disagreed were fun to correspond with as, once we got past the disagreement, we found that we agreed on many (MANY!) other things.

Sid: I’ve always considered you one of those increasingly rare (in the public sector, anyway) thoughtful conservatives. Would you care to share your thoughts on the current state of our politics?

Larry: As others have pointed out. It’s an unmitigated disaster. No one can tell me that, out of a country of 300+ million souls, these two are the best our political parties can come up with.

Sid: Hard to disagree. How about telling readers who you’ll vote for president? I’ll give you ten bucks if you do. Make it twenty.

Larry: A few weeks ago, I purchased my first-ever political bumper sticker to put on my beloved, 18-year-old pickup. It shows my support for “Giant Meteor” in 2016. “Meteor” promises to “end it all” immediately. And, so, to paraphrase another recent political slogan, “Feel the Blast, Sid. Feel the Blast.”

Sid: Fine. I keep the money. Any comments to readers, or to me?

Larry: We’re better than all of this. Look at how you and I get along. We have differences but, and this is a big “but,” when good people sit down to talk (and listen, dammitall) to each other, we generally end up respecting - maybe actually liking - each other. We want the best for ourselves and our kids and grandkids and, given time, were our politicians to ever consider doing the same, it’s a certainty that good ideas that could help would come to the fore and, actually, be implemented.

I’ve never been a believer in hyphenated Americans of any stripe. Those who foisted this foolishness upon us have also herded us into camps - blacks, whites, Asians, Hispanics, gays, straights, trans, rich, poor etc. They’ve done this to divide us into blocs of voters. And that ain’t good. That trite old phrase: “United we stand. Divided we fall” pretty well points to where we’re headed. The only “bloc” that I care about is “American” because that bloc is based on an idea. And, if we lose that idea, this nation is gone.

As for comments about you, I keep wondering when you’ll finally figure out that political commentary is hard on your blood pressure. I went to “sea stories.” Give us more “surgeon stories.” You know, “There we were, knee deep in bandages, no anesthesia left, my last sharp scalpel broken and useless, and my tee-time only 45 minutes away.”

It’ll do you good.

It’s only in the past couple of decades, starting with Newt Gingrich, maybe, that people with political differences have such a hard time communicating. With a few happy exceptions, finding common ground with critics has been nearly impossible. In forgotten times, a friendship across differences, like mine with Larry, wasn’t rare. But he and I disagree on less than you might think.

Email ThisBlogThis!Share to TwitterShare to FacebookShare to Pinterest
Labels: Oh, the lib'ral and conserv'tive can be friends... (Oklahoma! reference)