Not As Bad As All That 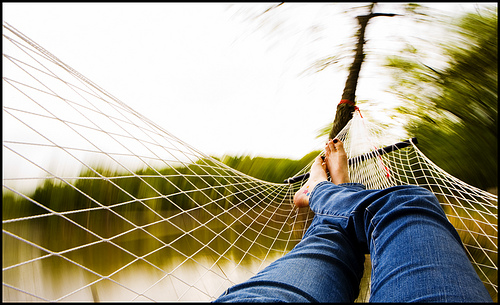 Defying and denying reality, per usual, the Foxolimtrumpian view of Barack Obama's presidency is that it's been horrible in all ways, for everyone. I assume this newly-released Gallup poll will change their minds, and we'll be hearing about it real soon:

... In 2008, fewer than half of Americans said their life was good enough to be considered "thriving," according to Gallup. But that's changed: "The 55.4% who are thriving so far in 2016 is on pace to be the highest recorded in the nine years Gallup and Healthways have tracked it," according to the report. Not only that, members of each ethnic or racial group in Gallup's study feel better about their lives.
"The percentages of U.S. whites, blacks, Hispanics and Asians who are thriving have all increased during the Obama era," Gallup notes. The percentage of blacks thriving has risen by about 6 points, as has the percentage of whites and Hispanics. Asian thriving has risen by about 10 points since 2008...
No doubt the rising tide hasn't lifted all boats. But by pretty much any measure, things are better domestically than when George Bush left office. A lot better. That an entire party and its preferred nominee make so much hay claiming otherwise is just another example of how far we've fallen, and how little the truth matters anymore.

Email ThisBlogThis!Share to TwitterShare to FacebookShare to Pinterest
Labels: Gallup poll of "thriving", improved outlook under Obama, perception vs. reality