No One Saw It Coming 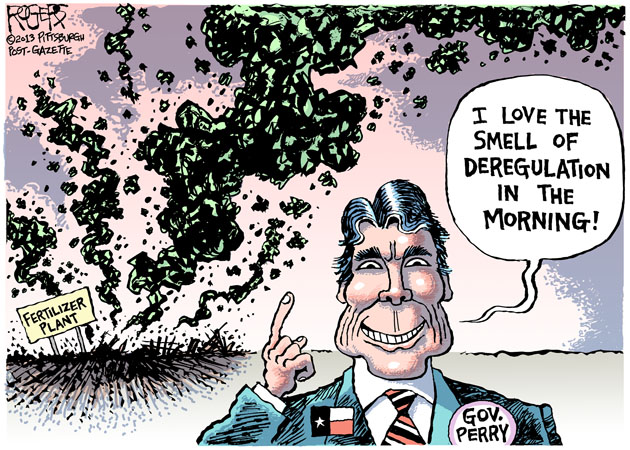 Once again, CPP tells it. The waters are just the beginning; and whereas there's blame to go around (not to mention that much is blameless, other than God, that is) in many ways Houston is the result of rampant deregulation and anti-science that have become the mainstays of Republicanism. It's all, including the floods, been predictable. And predicted.


... Once, long ago, the conservative activist Grover Norquist famously said that he wanted to shrink "government" to a size at which it could be drowned in the bathtub. Well, people actually are drowning in Houston now, and so is the political philosophy that reached its height when Ronald Reagan said in his first inaugural that government wasn't the solution, but the problem itself. We all moved onto a political flood plain then, and we're being swept away.