Taking It For Granted 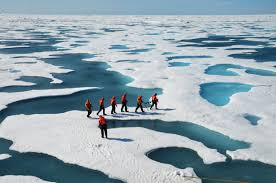 
Readers of the letters portion of this paper were recently treated to the reanimation of a well-worn Foxolimjonesian climate change denial trope: climate scientists are in it for the grant money. If appealing to logic were effective, such letters might never be written, but let’s talk about it anyway.

If the argument makes sense, its logical (sorry) extension would be that we should only believe scientists who work for free; even more so, maybe, if they paid for the privilege. In fact, when you think about it, the writer and those who accept that silly argument are communists: researchers should give us what they can and take what they need. Amazing. Foxolimjonesians: commies. It’s a relief to have figured it out.

I have a niece who’s a world-renowned (among scientists in her field, anyway) researcher in immunology. A PhD professor at a major university, she’s published by the most highly regarded scientific journals, shares her findings at symposia around the world. She’s knocking on the breakthrough door, with work that will likely have enormous benefits in treatment of auto-immune disease and (maybe already) certain childhood leukemias. And she spends a ridiculous amount of time writing grant proposals. Time that’d be far better spent in her lab. Time, were there a more sensible system, wasted.

I know other academics, and they too spend valuable time applying for grants. Most live well below the high parts of the hog. My niece lives in a small apartment with her husband and two kids. It’s close to her lab because she needs to go there day and night. (Mice, mainly, are the reason. I understand. For me, in college, it was fruit flies.)

Bad research doesn’t win grants. Tough-minded committees review applications and money isn’t awarded to poorly-done investigation. When researchers succeed in getting them, grants pay expenses of running a lab, salaries of their post-doc assistants, and, in some cases, part of their own salaries. Unlike Trump’s cabinet of climate-change deniers, they’re not wealthy. But that’s our system. And now, as our short-sighted, science-denying leaders (science-fearing, as it threatens their economic and environmental dishonesty) are cutting funding for all sorts of important scientific inquiry, their situation will only worsen, their scrambling for private money even more distracting from the good they do.

Republicans hate paying for anything other than tax cuts for their benefactors and for military equipment. (Stop the presses: more troops to Afghanistan. Again. Defense stocks surge.) You’d think it’d be a priority to spend public money on the kinds of research that has and will continue to make life healthier and safer. But you’d also think we wouldn’t have a science rejecter as president.

From the letter-writer’s argument it’s a short hop to another claim of the hypo-rational: we doctors are suppressing cures for diseases. Like cops encourage crime and firemen fires. (The existence of some letters suggests educators have been creating ignorance for the same reason.) As to doctors, well, we and our families get sick, too. Die, even, from the same diseases that kill other humans. And whaddya know? Cancers, and more, that were considered incurable in my day are being laid low by newer discoveries.

I don’t know whether it’s the insult or the gullibility that’s the more depressing. But I do know how dispiriting it is to see evidence, every day, of how easily fooled so many of today’s Republicans have become. Fox “news,” or Alex Jones, or Rush Limbaugh, or any of the crazy wing of today’s Republican Congress say something ridiculous, imagine a nutty conspiracy -- count on reading or hearing someone regurgitating it on these pages and elsewhere. Including the Gold House.

It’s ominous. Society can’t long function with one of its major parties so loosened from terra firma; when lying from the very top and from a well-planned disinformation media campaign has created masses of credulous people no longer able to recognize falsehood, nor interested in re-learning the skill.

It’s not the specific assertion of that letter that’s so sad; it’s what it portends for the future. If people can dismiss the validity of climate research because scientists earn a living doing it, what’s next? Defending a man who claims some American Nazis and white supremacists are “very fine people?” Could it ever get that bad?