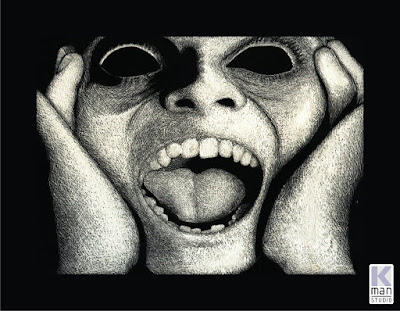 Turns out screaming at the top of my lungs and throwing stuff against the wall doesn't help all that much. Shit like this still makes me nuts:

Our asshole-in-chief (sorry for the language, but, I mean, geez: it's the mildest appellation that applies) had this to say via Twitter, regarding a meeting scheduled for today:


"Meeting with “Chuck and Nancy” today about keeping government open and working. Problem is they want illegal immigrants flooding into our Country unchecked, are weak on Crime and want to substantially RAISE Taxes. I don’t see a deal!"

Surprising only in that it's about time, they had this to say in response:


“Given that the president doesn’t see a deal between Democrats and the White House, we believe the best path forward is to continue negotiating with our Republican counterparts in Congress instead.Rather than going to the White House for a show meeting that won’t result in an agreement, we’ve asked Leader McConnell and Speaker Ryan to meet this afternoon.”


“The president’s invitation to the Democrat leaders still stands and he encourages them to put aside their pettiness, stop the political grandstanding, show up and get to work.”

Right. THEIR pettiness, THEIR political grandstanding. "People need to be responsible toward the property of others," says the arsonist, pouring gasoline on your house and lighting a match.

There is no god. If there were, especially if he were remotely like the one fantasized in the Bible, Ms. Sanders would have been struck dead the moment the words approached her lips.