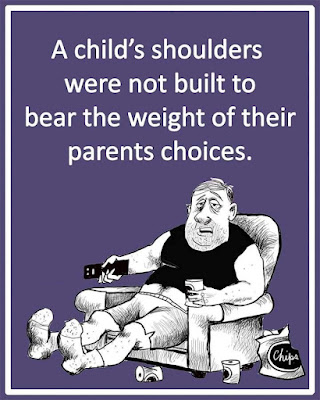 In fifth grade, my teacher gave an example of disinformation. There was a competition, he said, between a Soviet-made car and an American one. The American won. Russia’s newspaper, Pravda, reported an international contest between cars, in which the Soviet car came in second, while the American finished next to last. In Russian, “Pravda” means “truth.” Which it was.
In a local school board race, a candidate’s campaign website featured pictures of a cute, blond, white girl-child and a kimono-wearing (because that’s what they wear) Japanese girl of similar age. “Blaming her for slavery,” it said, referring to the former, “Is like blaming her (the latter) for Pearl Harbor.” Also true. Even though no one is.
Presuming voter ignorance, “Take Critical Race Theory out of our public school system,” was the concluding tagline. It’s not in it, but that’s not the point, either. Republicans cooked up a vote-getting hot-button lie; one that fits snugly behind a forehead, the extraction of which requires too many words for Trumpic consumption. It worked.
Riding the wishful whirlwind even further, they’re now campaigning on parents’ right to decide what their children learn in public schools. Likely, it won Virginia’s governorship for Glenn Youngkin. Brilliant. As not-brilliant as Terry McAuliffe’s summary dismissal of the idea. Yet again, a proper response requires more thought than Trumpists prefer.
Nevertheless, it deserves credible conversation from both sides, not that such a thing exists anymore. Let’s consider it anyway.
Can we agree that societies have a stake in what’s taught in schools; maybe, even, that societies’ needs outweigh those of interest groups? We’ve already seen a sample of Soviet subterfuge. It should be obvious that having nothing but mis- or uninformed citizens opens the door to tyranny. Throughout history, nascent dictators have crossed that transom to little resistance. Others, home-grown, are still trying.
On the other hand, at least theoretically, in a democratic republic the people’s voice is controlling. Or was, pre-McConnell, pre-Foxotrumpism. We presume the people pushing parental power over pedagogy will predominate in political polling. They’re on it already – Republicans are as good at disingenuous messaging as Democrats are bad at it. So how do they propose it should work? They don’t. What’s important is that it inflames superficial thinkers and scores votes.
Consider a state in which parents would have a say in public school curricula. How much of a say? In what subjects? All parents or chosen ones? Should it be the loudest shouters at school board meetings? Or would there be a parental committee? Selected how, and by whom? Will particular qualifications be required?
Would there be a list of books to be allowed, or banned, subject to popular vote? Who makes the list? What consideration is given to parents who disagree?
How about words? The aforementioned school board candidate said “equity” is a divisive one. Should every parent have the right to tell teachers what their individual children may and may not hear? Or should it be by majority vote of the classrooms’ parents? How, specifically, would this terrific idea work?
In some red states, where, ironically, so-called “liberal cancel culture” is bandied, banning words is under consideration. “Racist” has been suggested. Texas’ governor wants to remove from school libraries any books that any parent claims causes “discomfort.” (Remember “snowflakes?”)
So, if they don’t want their kids reading about slavery, no kids can? What about evolution? Or Jonas Salk, Susan B. Anthony, John Ross? Tulsa? Elvis? Is enforced ignorance good for our country, or, like wearing masks, doesn’t caring about community matter?
Teaching America’s history, unvarnished, is the primary source of rightwing outrage. Science, too. Will Trumpic states produce only kids who are clueless about how and by what means America’s ethics and laws have evolved? Or about science; unable, unwilling, uninterested in knowing what’s real? Other than Republican politician, for what occupation would they be equipped? And let’s not even think about sex education.
Leave it to liberals, though, to go to their own ridiculous extremes. Consider a proposal in California, where woke is oke. Addressing the gap in math scores, which is real, serious, and a threat to us all, they’d stop identifying gifted children – even suggesting there’s no such thing. Rather than provide accelerated education, they’d have those kids spend time helping the strugglers. Make math “socially responsible.” The consequences for all students and for society are so obvious it’s amazing it was proposed.
"Sister Sarah (she/her) has five organic, pesticide-free, socially-distanced apples in a hemp basket. How many…"
That’s why Democrats, despite truly good intentions, lose elections. And why Republicans, despite truly bad ones, win.