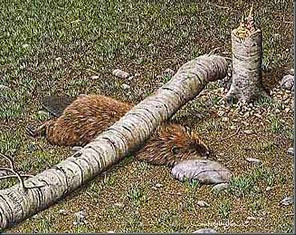 Okay, it's official. Irony is dead. Gone like the budget surplus GWB inherited. Deceased as a wolf under Sarah Palin's helicopter. Republicans have taken irony and hidden it away, like Saddam's WMDs, like Curveball's mobile bioweapons labs. They've taken irony, wrung its neck, kicked it, drowned it in a sea of exported oil.

First it was George Bush, unaware of being born into a political dynasty, forgetful of the many times his daddy bailed out his failed businesses, claiming, on national TV, that "you have to earn your way into politics; nothing is ever given to you." Yes. He really did.

Then comes Rush Limbaugh, threatening to sue the DCCC for taking his words out of context and using them for political purposes. Talk about calling a thing that cooks stuff a pot.


"Good God, Mr. President. To partner with Iran is to trust the enemy, which is insane. Iran has complicity in the rise of ISIS as it supports radical militias and arms Islamic terrorists.”... “…his willingness to negotiate with terrorists” and for “pulling an anti-Reagan move by taking our Big Stick of strength and putting it in the hands of any foe.”

Yeah. Got that? Reagan, who unconstitutionally sold weapons to Iran. Who, by definition, committed treason by doing a deal with them, to hold the hostages till after his election.

Oh, and Mitt "Beg me to run" Romney doesn't much like it, either.

(For the record, who the hell knows the extent to which the US and Iran are cooperating against ISIS; and who the hell knows how it'll work out? On the other hand, it's not as if former enemies -- Vietnam, anyone? Germany and Japan? -- have become partners in the fullness of time. To look for ways to crack the wall, which could -- who knows?-- lead to progress in other, i.e., nuclear, areas? Is it to be rejected out of hand, a clearly bad idea?)