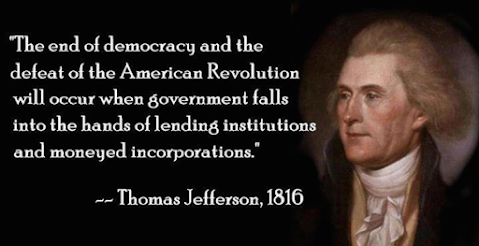 Here’s the least hyperbolic statement ever made: today’s Republican leaders don’t believe in democracy. They reject its most fundamental premise: giving the governed a voice in how they’re governed. Which is to be expected when their policies run counter, in every category, to the preferences of most Americans.
At the beginning of the end, Gingrich, Rove, DeLay, et. al., chose the path of lying and deception only; so, one could argue, they still accepted living in a democratic republic. Convincing voters to vote against their interests, through lies and coordinated propaganda networks, they figured, would suffice to win despite having a losing agenda.
Early in the Gingrichian destruction of conservatism, openly preventing voting was in its comparative infancy. Demographics were changing, though, and policies that favored only the wealthy and the corporate, Republican politicians realized, couldn’t win elections by lying alone. (We’ve just learned Trump aides told donors how dangerous the virus was, even as Trump lied, allowing them to sell stocks before the crash.)
So they upped their game. If voters increasingly disfavored their agenda, the only way to push it through was to prevent those voters from having a say. Brilliant. And it brings us to the present day: the anti-democracy endgame. If the remaining shards of power residing in voters’ bleeding hands are to survive, it’s now or a really, really long time from now. If ever.
Gerrymandering hasn’t been exclusive to Republicans, but they’ve taken it to Herculean levels, and they and their judges have regularly shut down efforts to make districting more party-neutral. They’ve always had a built-in advantage in the Senate, where, despite being in the majority, Republicans represent millions fewer voters than Democratic senators. It’s in the House and in state legislatures across the land that the discrepancy is greatest, though: in state after state, Republicans dominate the government despite having received fewer votes than Democrats.
But gerrymandering doesn’t tilt elections for presidents and senators. Which is why, as the country is becoming less white and more liberal in its views on such matters as race, gender, religion, climate, taxation, and healthcare, wall-reading Republicans have turned to widespread suppression of likely Democratic voters. No longer are they pretending otherwise, nor are the Republican-appointed judges who’ve been blessing their efforts.
In Georgia, in-person voting has begun. In some precincts (guess which), thanks to targeted limitations on hours, locations, and personnel, people wait in line for as long as ten hours. We’ll see more of it. Trump’s armed terrorists have been intimidating voters in Colorado at ballot drop-offs. Texas's governor ordered that each county could have only one such location; meaning that urban centers, where many millions reside, and which include the greatest number of Democratic voters, would have the same number (one) as rural counties containing only thousands of mostly Republican voters.
To their credit, the Texas Supreme Court overturned that obvious ploy. Then, surprise, a ruling rendered by three Trump appointees to the Texas-based Federal bench overruled the state court. Because, for now, these actions favor them, Republican voters are silent as democracy is relentlessly stolen. Ignoring history, they must assume the resulting plutocracy will turn “for now” into “forever” for them, and they’ll be the ones to remain free.
Recognizing that mail-in ballots thwart their efforts to stop Democratic constituents from voting, Republicans are Goebbeling Trump’s big lie: mailed ballots are rife with fraud. And they’re doing the very thing that Trump made up about Democrats: ballot-harvesting. In California, the GOP, urged on by Trump, refusing orders to desist, is distributing fake “official” ballot drop-boxes, including in predominantly liberal districts. Does anyone wonder why?
Speaking to conservative policy-plotters, Ralph Reed exulted, “Our organization is going to be harvesting ballots … not only to White evangelical churches, but into Hispanic and Asian churches, and collecting those ballots.” At the same meeting, Fox “news” frequenter Brent Bozell said the left plans to “steal this election… Democracy is finished because they usher in totalitarianism.” Said yet another: “We need to stop those ballots from going out, and I want the lawyers here to tell us what to do.”
Who’s stealing what? Which ushers totalitarianism: quashing voting or facilitating it? And what better nail in democracy’s coffin than packing the courts with anti-democracy judges? And let's not forget politicizing the USPS.
Delivered during this week’s well-coached Amy Coney Barrett confirmation kabuki, Senator Whitehouse’s lesson on where power resides in our moribund democracy should be required viewing for every Republican who thinks their lives matter to their party.
[Image source]
at October 15, 2020