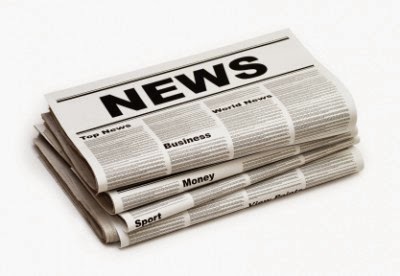 As a former weekly columnist, I still occasionally send a screed to the local paper. Today they published one I'd sent in a while back, long ago enough that I assumed they'd spiked it. Singing my usual song, I guess, which doesn't make it any less true or, I'd argue as the election approaches, relevant. They did, however, edit out what I consider the meat of the argument, which I'll indicate below in bolded italics.

How long must one bathe one’s brain in the baleful bilge bubbling from Fox “news” to believe, as do some, that Barack Obama is the worst president ever? Listening to how many people assert, how many times, that our president brought Ebola here to punish white people, does it take to extinguish critical thinking? I make no claim about who might really be the worst president of all time; I was a biology major.  But, c’mon! Let’s just compare the two most recent. It’s like shooting ducks in a fish.

One was gifted an unprecedented budget surplus which he unapologetically turned into the largest deficits ever recorded. He took an economy that had created twenty million jobs and transformed it into one losing three quarters of a million per month. Rudely dismissing the messenger, he ignored warnings about Osama bin Laden; intelligence about Saudis and flight training got lost in his bureaucracy. Proclaiming the truth of dishonest information, about which there’d been specific warnings he chose to ignore, that president undertook an ill-conceived and unpaid-for war, with minimal preparation and unrealistic expectations of the aftermath. The result was countless ruined or ended lives and crushing debt. The reasons for the war remain conjectural, and the aftermath – regional destabilization, enabling our enemies, recruitment of more terrorists including the roots of ISIS – he left to others to fix; daily, we see how impossible that’s been, having no good options. At home, again unconcerned about funding it, that president added a Medicare benefit, risking future solvency. The list goes on. I won’t.

Under the current president our economy has produced more consecutive months of job growth than any time in our history. The stock market has nearly tripled; the deficit is down by two-thirds. In place is health care reform covering millions who never had it, saving lives, cutting costs and, to the horror of those who still believe in Reaganomics, this president made sure it’s paid for. He revitalized the auto industry, completed the abandoned search for bin Laden. All this he did without the help of a single Republican Congressperson. Imagine how many jobs there’d be, had Rs not blocked every jobs bill after the initial stimulus, which they unanimously rejected but didn’t have the votes to filibuster until a few months later.

President Obama has been far from perfect. Among liberals like me, disappointments include giving up on single-payer health coverage; failing to end (much less prosecute) many of Bush’s policies; misspeaking on several occasions; believing he’d have participants in solutions among Republicans. We don’t yet know if his ISIS plan will succeed. But to consider him worse than the president he succeeded, knowing all the above? Let’s call it, charitably, mysterious.

Sure, it’s partisan hyperbole, bordering on silliness. But there’s a fundamental issue here, serious as a case of Ebola and more pathogenic: There’s no middle ground any more. Politicians are incapable of addressing our urgent problems. Voters hold Congress in historically low regard but keep electing the same hidebound obstructionists. (Not here, happily.) Pushing the agenda of a handful of very wealthy people whose aims are antithetical to those of their listeners, contumeliously convinced they’re getting “fair and balanced” news, a propaganda machine unlike any outside Pyongyang and Moscow has become a threat to effective democracy, which requires informed voters. More hyperbole? Hardly.

We’ll always have paranoid haters and cynical profiteers. But only one network trots them out round the clock, providing them an audience made grateful to be deceived. Only one defends voter suppression, laughs at inequality, lionizes law-breaking government-haters, gives voice to conspiracy mongers like Keith Ablow, Jeanine Pirro, and to haters like Ann Coulter; promotes Sean Hannity’s and Steve Doocey’s peculiar cluelessness and Bill O’Reilly’s egomaniacal bloviating. This weakens us; it endumbs and divides us, paves the way, as intended, to plutocracy. They’ve gotten rich manipulating their followers who, when faced with problems which require cooperation and sacrifice (not to mention generosity), are convinced instead to turn to denial, scapegoating and fear. Always fear. Always distraction from the real agenda. Clearly, it’s irresistible, despite the obvious disregard their media have for their audience.

I quit my column here not because of negative comments, per se. It was the futility. The encounters with so many people to whom facts will never matter, who enthusiastically dismiss reality when it threatens to pierce the illusory comfort of the Foxolimbeckian bubble. It won’t be me, but someone needs to find a way back.