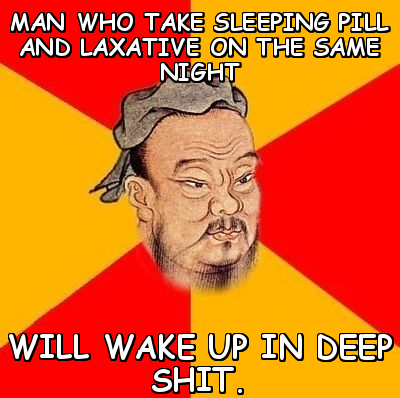 My dad, or someone, used to tell this joke:

Three old guys are talking about the woes of ageing. One says how hard it is to pee; he stands there for a long time, dribbles, really annoying. Another says he's always constipated, takes forever to move his bowels. The third says, well, for me it's all like clockwork. Every morning around 7 am I have a nice full piss. 7:30 I have a big bowel movement. And around 8, I wake up.

David Brooks put me in mind of this when he gave some advice to Jeb(!) on talking TV Sunday:

It's not the dumbest thing Brooks has ever said (who can count them?), but it's right up there: drug us to sleep, then cause us to shit ourselves. Well, in his defense, it's a unique strategy, and it can't make Jeb(!)s campaign any worse.