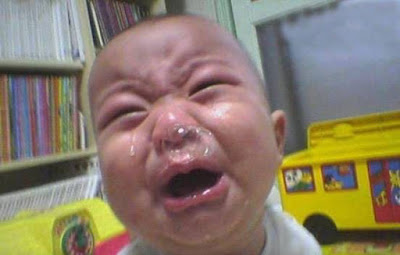 I've written here and elsewhere many times, many ways, that the trope that there's no morality without religion is bogus. That, in fact, doing "good" out of fear of eternal punishment and/or expectation of reward is inherently immoral. That doing "right" out of empathy, for no other reason than understanding that right is right, is true morality. So it's nice that there's a study (thanks for the heads-up Dougie) backing it up. Not that it's in any way unexpected:


Morality is often associated with religion, but new research reveals that children from religious households are actually less generous than kids from a secular background.

This conclusion comes from a study of over 1000 children from around the world, published in the journal Current Biology. The project was led by Professor Jean Decety, a neuroscientist from the University of Chicago, who didn’t originally aim to compare moral behavior. “I was more interested in whether I would find differences in empathy or sharing depending on the culture,” he says. “It turned out to be a really interesting finding.”

While previous research has examined generosity in adults, Decety’s work shows that upbringing shapes morality early in life. This includes altruism – actions that benefit a recipient at a cost to the donor. Children learn religious values and beliefs from their family and community, through rituals like going to church. If religion promotes morality, kids from religious households should have stronger altruistic tendencies...

It's an interesting study. As with all such experiments with human behavior, I'm sure criticisms can be made; and it's hard to say the extent to which giving away stickers (read the linked study) translates. Same with meting out punishment. Still, it's noteworthy that in the same situation with the same parameters, kids (lots of them) raised with religion and those without behaved in significantly different ways.

The linked article, which links to the study as well as several other worthwhile sources, also points out another obvious thing I've said many times in many arguments with religionists: there are strong evolutionary benefits to having empathy. You don't need to make up sky people to see it.

Not that it'll change minds.