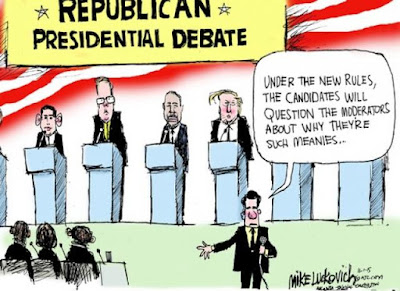 Here's my latest newspaper column. It begins with a local issue, but it's a universal theme:

Initially I thought that football coach in Bremerton, humbly spiking himself in midfield because football is all about God, sounded like a decent if misguided guy. (He couldn’t wait till he got home? He needs other spectators besides God?) Now, as he’s made national headlines and all the Constitution-hating zealots in the country including members of the Congressional Prayer Caucus (!) are lining up behind him, and he’s promising to take this “all the way to the end,” I’m not so sure. He’s another Kim the Clerk: heroic martyrdom thrust upon him, reluctantly ready to ride it all the way to Fox “news.”

Naturally, Satanists demanded equal time, and were predictably shouted down. Instead of parading outside the stadium, I wish they’d gone straight onto the field to do their ceremonial thing, because I’d like to know what would have happened. And what if it’d been Muslims? Do those who yelled at them sense the teeniest bit of hypocrisy? Of course not. To them this is a purely Christian nation.

If you believe in religious freedom for all, and if you want public property to be a showplace for pious exhibitionism, you must do it impartially: be welcoming of prayers and displays by all flavors of faith, or of none. Enforcing that concept isn’t persecution; it’s what freedom from governmental preference demands, which is a problem for the fifty-seven-percent of today’s Republicans who want our country to become a Christian theocracy. Ted Cruz seems unhappy that non-believers are even allowed to vote. Be president? Unthinkable. When theocracy happens, who’ll decide which beliefs will remain acceptable? Pat Robertson?

Since the argument won’t end until the Rapture, or the playoffs, let’s move on: How revelatory is it that all Republican candidates in the recent “debate” decided (correctly) that their voters would rather hear them attack the moderators than answer questions? I’m among those who found several of the questions the CNBC moderators asked to be embarrassing and inappropriately framed, opening themselves to justified criticism; but there were also many substantive (or, as the aggrieved call them, “gotcha”) questions. The candidates punted, lied, or simply dismissed facts that refuted their claims.

Perpetual prevaricator Ben Carson characterizes questioning of his fabrications as “political correctness,” or smears by fearful secular progressives. Even his “business manager” admitted Carson lied about his connection to a bogus Bible-based supplement company. (Ironically, hawking phony cures is the best argument for Republican candidacy in his résumé.) Even Megyn Kelley mocked the candidates’ post-debate demands. Cruz got the biggest applause of the night when he bleated about unFoxorific questions, while dishonestly claiming only softballs were tossed to Democratic candidates. Previously puffing predictions of potently pounding Putin, they whined, wailed, and wilted before weightless words. Here, presumably, is how they’ll handle threats from actual enemies.

Demonizing inquisitive media is indispensible to their game plan, because, as with all inconvenient truths, avoidance is easier. Good reporters, like expertise, are soft targets for hard cases. And it works: deep journalism is becoming scarce as ice in Greenland.

Finally, though Ben Carson confuses its meaning, I do agree political correctness has gone amok, another trend that won’t change anytime soon. Along with uncritical acceptance of “alternative” medicine, it’s among several proclivities that I find discouraging at the edges of today’s liberalism, especially as it applies to the tender sensibilities of college students. Trigger warnings. Demanding uncontroversial speakers. And now, at U Dub, guidelines for inoffensive Halloween costumes. I believe in avoiding ethnic and racial slurs, and I try not to offend people (today’s mendacious Republican icons and their credulous supporters excepted, as public service). But if frangible college kids can’t handle discomforting ideas, they’ll never learn to distinguish fake “news” from reality. Then what?