The Cabinet Of Doctor Trumpligari 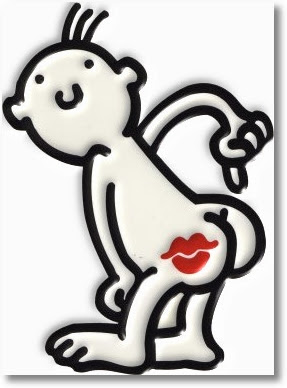 Ben Carson said it was spontaneous, and Ben knows states of mind because he just explained that’s what poverty is, a state of mind. Which you can tell because homeless people should pretend they’re in a house then maybe they would be. I never thought of it how Ben said which I should of. And that was after he figured out what was on Egyptian minds who built pyramids for grain which come to think of it the people who stacked those rocks weren’t exactly rolling in dollars which brings it all together.

So anyhow, what we’re talking about here is the cabinet meeting Trump had which I’m sure you’ve seen video so I won’t.* Some say it’s like North Korea or Russia but not me because their video quality isn’t all that good plus when Donald started congratulating himself which he’s entitled to on signing so much legislation he stopped way sooner than Kim would have or Putin. By the way I’m not like some people who say signing executive orders isn’t the same as legislation which I don’t care if he hasn’t learned that part and Paul Ryan doesn’t either.

After Trump stopped telling us his excellency which he wouldn’t have needed to if the fake press hadn’t been spending so much time finding stuff out and spreading it around, he gave everyone in the room time to speak which is generous because that’s who he is. His charities and all and those big cardboard checks which you can’t cash but you can bet he sends real ones.

Boy those people didn’t hold back. One after one, and it gave me a thrill up my leg, they sung his praise like people singing praise of someone they felt like singing praise of but not told to. It was American as heck and I can’t figure out why other presidents haven’t had their cabinets and cabinettes do the same. Out it came, the praise did, everyone having the same idea spontaneously. Spontaneity like that just doesn’t happen. And there’s nothing wrong with it because there’s a reason.

For one thing, ever since Boris Putin stopped helping him with the election it seems like President The Donald is sort of losing friends outside the White House which finally has Melania and Barron in it which ought to make him feel better and they held hands for a minute so much he forgot to notice Barron. Besides, pats on the back are good unless there’s a knife which there isn’t because they all said how much they like him even though Republicans like James Comey and Robert Mueller are giving him grief but not ones in Congress which if they haven’t by now. And if a president can’t praise himself who can other than his hires and hirettes who did it right off the top of their heads.

So no it wasn’t creepy and he’s in charge and he doesn’t lie.

What’s creepy is all that fake news about Russia and even if it’s not fake what’s the big deal. It’s not like they tried to hack election machines in all fifty states and even if they did they only made it in thirty-nine* which, hey, it’s a free country. Besides when it was discovered Barack Hussein Obama got all hot and bothered and if that doesn’t tell you how the rest of us should feel about it nothing does because he also got all hot (it’s a pun) and bothered about global warming which only God can do. Also he called Russia about it on one of those red phones that Jared wants so why not.

Plus no one thinks Russia managed to change votes because there’s no evidence although some states don’t have paper trails and don’t want to like Georgia which is having a big close election so don’t be stupid. Good for Republicans in Congress for saying no when Obama tried to declare voting machines vital infrastructure so Homeland Security could help protect them which isn’t suspicious and if sharing your own private notes isn’t leaking it should be.