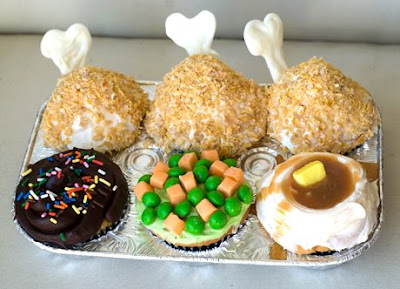 When we hear someone interesting say something thought-provoking, either my wife or I will say to the other, "We should have him (or her) over for dinner." We have quite a guest list.
My new hero, Bruce Bartlett, conservative economist and former economic adviser to Ronald Reagan, has once again thrown the cold water of reason on the fanned flames of fantasy finance.

When Republicans talk about economic growth, they tend to talk as if there is only one factor that affects it: tax rates. Thus, last week former Minnesota Gov. Tim Pawlenty, a candidate for the Republican presidential nomination, put forward an economic plan that he said would raise growth rate of the real gross domestic product to 5 percent per year from its historical level of about half that. His only specific proposal for achieving this ambitious goal was to slash tax rates on the wealthy.

Pawlenty would cut the top individual income tax rate from 35 percent to 25 percent, cut the corporate rate from 35 percent to 15 percent, and eliminate completely all taxation of capital gains, interest and dividends – the principal sources of income for the wealthy. Implausibly, Pawlenty asserted that despite reducing revenues by some $8 trillion over the next 10 years – from the lowest level of federal revenues as a share of GDP in 60 years – that his plan would balance the budget. I could find no data or analysis of how Pawlenty’s plan would actually achieve this goal.

My purpose today is not to criticize the particulars of Pawlenty’s plan, which is very much in the Republican mainstream, but rather to talk about the nature of economic growth and how one-dimensional the GOP view is. The truth is that economists know a lot about what causes growth and what policies will raise the growth rate, and tax rates have a far smaller role than most people and all Republicans believe.

To present the textbook view of what determines long-term economic growth, I turned to an actual textbook by Harvard economist Gregory Mankiw, who served as chairman of the Council of Economic Advisers for George W. Bush.

Unfortunately, there’s no evidence that the 2003 tax cut did anything to stimulate corporate investment. Indeed, according to the Federal Reserve, nonfinancial corporations have increased their holdings of liquid assets to $1.8 trillion from $1.2 trillion since 2003. Thus it’s implausible that a further reduction in the corporate rate, as Pawlenty and other Republicans favor, would do much to raise investment.

The bottom line is that neither taxes nor spending by themselves are the most important government contribution to the investment climate; it’s the budget deficit. Consequently, a reduction in tax revenue which raises the deficit is unlikely to stimulate domestic investment because more money will have to be borrowed from abroad. Conversely, a tax increase dedicated to deficit reduction could well be stimulative, as was the case with the 1982 and 1993 tax increases. Contrary to Republican dogma, rapid growth followed on both occasions.

It's his conclusion that really is a cry in the wilderness, and one which I've hollered, too, many times. What's needed is the exact opposite of teabaggR fiscal policy, and their failures are going to kill us all:

If we want to raise the long-term rate of growth, we have to go back to the textbook and increase saving and investment, channel more public investment into education and basic infrastructure, and do everything in our power to promote scientific research and technological advancement. It’s not sexy and it takes a lot of time, but it works.

And yet it constitutes everything the Rs are cutting, in the name of enabling giveaways to the wealthy. But the most amazing part of all is that we stand around with teabags up our asses, watching it happen, thinking we're sitting on one of these.

Email ThisBlogThis!Share to TwitterShare to FacebookShare to Pinterest
Labels: Republican economics, the delusion of tax cuts