To Kill The Republic 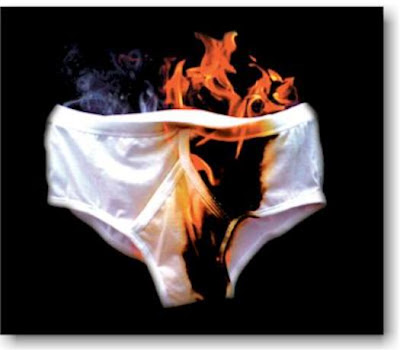 Paying for end of life counseling, advance directives, will be removed from the not-yet-extant health care bill, so it seems.

It's not the fact that advance directives are actually protection against the evils that Sarah Palin imagines in her tiny little mind, nor that paying for them was included in a Republican bill a few years ago, for which the loudest screamers nowadays voted back then. The worst thing about it is NOT that people with money will have an easier time having their wishes carried out than poorer people. It's NOT that Sarah Palin evidently has a doctor she doesn't trust. It's not even that, once again, easily, people with hidden agendas have managed to shepherd the sheep into bleating against that which they need most.

What's really, really, really sad is that the right wing and its screamers -- the very people who like to refer to Obama as a Nazi in order to hide their own tactics -- have adopted the use of the Big Lie, which is in fact a Nazi tactic. Having discovered during the first health care debate, if not before, that bald-faced lies actually work, the Republican party has now adopted it as their most fundamental modus operandi. They no longer even attempt to disguise it. Lying works.

So what does it mean for our republic? I'd say it's pretty clear. On the most critical -- and therefore complex -- issues that face us, that impact our very survival, lies will carry the day. No longer will rational discussion, based on respect for opposing views and aimed and coming to reasonable solutions be the order of the day. The most venal, the most self-interested, the least ethical or honest will rule the day. Lying works, so that's what they do.

It makes me sad beyond expression. It makes clear the end is coming, brought to you by the frightened, the gullible, the thoughtless. And the liars.

[In an attempt to forestall predictable responses, let me say I've never claimed the Democrats are above reproach. But I honestly can't think of examples of out-and-out lying about such a serious matter, programmed and repeated over and over, orchestrated and reinforced by all the leadership and members or Congress, done by the Democratic Party. I'm open to being shown examples. No, the fact is that since Ronald Reagan, Republicans have managed steadily to dumb down debate and most literally to have dumbed down our people, presumably knowing that eventually they'd be able to get whatever they want (or, more properly, to prevent whatever Democrats want) simply by lying big. The bigger, the more effective. And so it is. It's no longer possible to imagine real change for the better. Because lying works, Republicans know it, and only they are willing to use it as over-arching strategy. It takes a level of cynicism that I simply can't get my mind around; a level not given to liberals. Not, at least, in numbers enough to make it grand policy.]
.