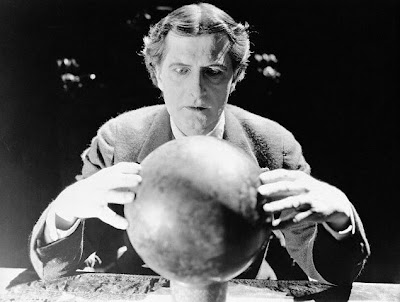 Ultimately, the R nominee will be the Mittster (unless Chris Christie gets bought in). Because, even though crazy and clueless are irresistibly appealing to teabaggRs, like the Sirens to Odysseus (which analogy, I recognize, is highly insulting to the poor lost seafarer), in the end the fact that he's the guy who's four feet tall in a land otherwise populated by tiny and silly elves will be dispositive. Not to the teabaggers themselves, of course; they'll cling to whichever of the
no-everything-know-nothing-and-proud-of-it contingent remains standing near the end. And they'll do so forever. But one must assume that between independents (meaning Republicans but embarrassed, of late, to admit it) and the few card-carrying Rs who would like to see their party have at least a chance of prevailing and, maybe even conceivably some day, a return to respectability, there will be enough people to see idiocy for what it is. Could happen. So Mitt, the only one with at least a patina of adulthood, will get the nod by default.
When Romney is the nominee, one hopes that among the forever feckless Democrats there'll be some (of the caliber and capabilities of Elizabeth Warren) who'll get out the message of his obvious lack of convictions on any subject, his abject pandering (his recent promise not to pander being a perfect example), his lies and distortions which are even more offensive than those of Palinbachmannperry because you'd think he might actually know better -- and be able to shoot the fat fish in the small barrel once and for all. And over and over.
Romney is worse than convinctionless, though. He's a deeply cynical liar, amoral, and the inarguable proof of that is his basing his entire campaign on the lie that Obama went around the world apologizing for America. That it's patently false hasn't kept Romney from repeating it daily (nor, naturally, has it kept typical teabaggRs from believing it). But Romney isn't dumb like Perry or insane like Bachmann. He's simply so desperate to be president at any cost including that of his soul that he'll say whatever it takes to whomever will listen. (Here's a much smaller, but no less disingenuous example of his unselfconscious, unrepentant fakery.)
Any shred of respect I might once have had for Mitt Romney, for his handling of the Olympics in Utah, and for his transitory stand for gay rights and the rest of his so-called beliefs that he keelhauled quick as a teabag leaks brown in hot water, has more than disappeared. For making this patently dishonest theme central to his campaign (he titled his book in reference to it, for Moroni's sake!) there's simply no other word than shameful, in a man who demonstrably has no shame.
Which is not to say he won't win. Who among us thinks truth-telling or integrity are considered desirable traits among R candidates?
at September 27, 2011