A Man Of Temperament 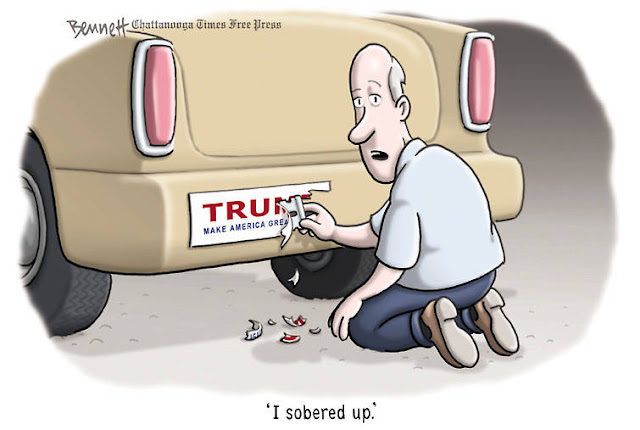 As an example of his unbelievable (that I can tell you) presidential temperament, Donald Trump's campaign pointed to his great restraint in not mentioning Bill Clinton's infidelities in the debate. Yes, the serial adulterer who swaps wives like out-of-warranty cars, held back on criticizing a woman for staying with a man of similar but much lesser proclivities. A woman who, evidently, considers marriage vows worth holding through thin.

But don't despair, Trumpophiles: he's promised to get tougher next time around. Please, oh please. Let that mean he intends to bring it up. Because it's not like she won't be prepared for it.