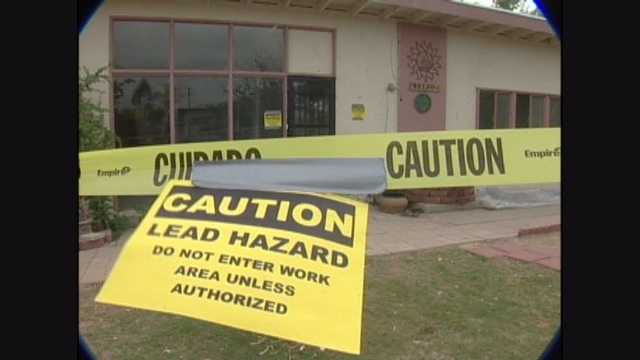 Said Justice Anthony Kennedy, writing for the "conservative" majority in Citizens United v. FEC, “... independent expenditures do not lead to, or create the appearance of, quid pro quo corruption."


Madison — Gov. Scott Walker and the GOP-controlled Legislature approved a measure aimed at retroactively shielding paint makers from liability after a billionaire owner of a lead producer contributed $750,000 to a political group that provided crucial support to Walker and Republicans in recall elections, according to a report released Wednesday...

Donald Trump would end, along with the EPA and other such Republican-hated entities, "onerous" rules aimed at protecting people from such cruel corporate avarice. Because free market. Because profit. Because government.

Lead paint, ferchrissakes. And yet, they were elected. Probably most of them reelected. What is it that moves ordinary citizens, the ones most at risk, to vote such deplorables out of their baskets and into office? Or, more likely, what motivates ordinary citizens to not give a shit, and not vote?

Lead paint is the least of the toxins Trump and a Republican congress would unleash upon us. If they win, it'll be because of lazy indifference on the part of voters. Because who the fuck wants lead paint in their homes? What families, especially those with kids, want to end regulations aimed at clean water, or workplace safety, or environmental pollution? You can't tell me it's a majority of eligible voters. What you can tell me is that a potential majority of actual voters have been deliberately frightened into voting against their own interests, ignoring the real agenda, to protect themselves from Mexican rapists; and you can tell me that an even bigger potential majority has simply signed off from paying attention or even caring.

Forget what an unqualified, egomaniacal, clueless and dangerous would-be tyrant Donald Trump is. The fact is that, well before his appearance on the stage, people have actually been electing leaders like those in Wisconsin, Kansas, North Carolina, etc, etc, etc; and it's inexplicable.

Lead paint. Think about it. Lead stupefying paint. And, in effect, they're voting for it.