It's Now Or Never 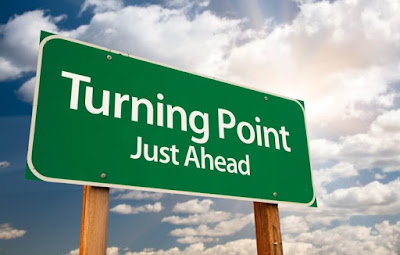 Now is the time for all good men and women to come to the aid of their country. Constitutional protections against tyranny have never been so seriously threatened.

Donald Trump, would-be dictator and wouldn’t-be cogitator, began the new year by describing our Justice Department as a “deep state” adversary, while demanding it prosecute certain people he doesn’t like. There followed silence of the lambs who once mewled that President Obama used government agencies against enemies; now mum, as a “president” demands DOJ, CIA, FBI do exactly that. In a foreign leader, we’d all see it for what it is. Even Trumpists.

This year is the turning point. Either people who once supported Trump, and people previously disinterested or naively persuaded by disinformation will wake up to the danger, or they’ll ratify, actively or passively, the end of Constitutional governance. What would follow was once considered impossible in the United States: dimming the beacon of a free press, hastened by indifference and too-easily constructed belief in fakery; a Department of Justice, helmed by a beholden Attorney General, becoming the enforcement arm of despotism, punishing adversaries as demanded by a delusional, vindictive, “semi-literate” (direct quote from inside the W.H.), narcissistic, sociopath. Lawful protests, quelled. Voting legislated into meaninglessness, voices stilled by complacency belatedly acknowledged.

In no way is this overstatement. It’s begun, if not yet irreversibly. But if awakened voters don’t turn out in Alabama-like numbers for year-end national elections, it’ll become permanent. It will have been the last chance for the will of the people to have an impact, much of its meaning having been already lost when Trump was parchmented into office.

Only by the still-remaining direct election of federal legislators might his authoritarianism be stopped. Watching Congressional sycophancy and acquiescence, it’s clear the current crop of Republicans won’t do it. Happy to have a resolutely know-nothing in the White House, actively ignoring the implications, they’re pursuing only self-enrichment. And, to protect it, they’re making a mockery of oversight. Ignore, if you must, today’s throwback links, but not this one.

Who’d have thought millions of Americans would succumb to a rightwing propaganda machine, even such a well-financed and coordinated one? Who can process the extent to which truth is no longer a valued or expected fundament of our political process? Swallowed whole by supporters, Trump’s untruths are approaching two-thousand.

One may wonder why Trump chose “the failing New York Times” to host his recent interview, but in doing so he made clear how unsuited he is for the presidency. Those who read his mostly unchallenged word salad, his delusions, his inability to form complete sentences and aren’t horrified are a greater threat than Trump himself. Because, having the power, possibly for the last time, to vote Trump’s enablers out of office, not to do so, out of disinterest, or inanition, or ignorance of what’s happening, or, worst of all, selfishness, ought to be unthinkable. Given the stakes.

It falls upon all of us – not just Republicans and self-described conservatives – to make preserving Constitutional republican democracy our highest priority. Liberals must interrupt the pursuit of political purity and the rejection of candidates who don’t believe exactly as they do. More, they have to turn out.

Conservatives have to recognize that deregulation and tax cuts (and, for many, blaming immigrants and the poor for their problems) are less important than living in a free society wherein citizens, however remotely, still have voice.

In 2018, we all must become active in preserving our uniquely successful form of government: at minimum, by paying attention, and voting. Now or never, enough Americans have to hit the “pause” button, putting aside everything but restoring sanity and balance. If you haven’t read that interview, do.

Then read this summary of Trump’s first year. Before dismissing it as “fake news” or lies, Trumpists, do some fact-checking. Make the effort all citizens should, now more than ever, to inform themselves before casting their votes. Step outside the Foxolimjonesian bubble; seek other voices. Revisit how the Constitution is meant to work, consider the evidence that Trump would tear it up if he could. It’s there for the gathering.Across the country,

Democrats, open wider your arms. Start now. And, no matter what, don’t stay home come November. Unlike last election, in this one popular vote will make all the difference.