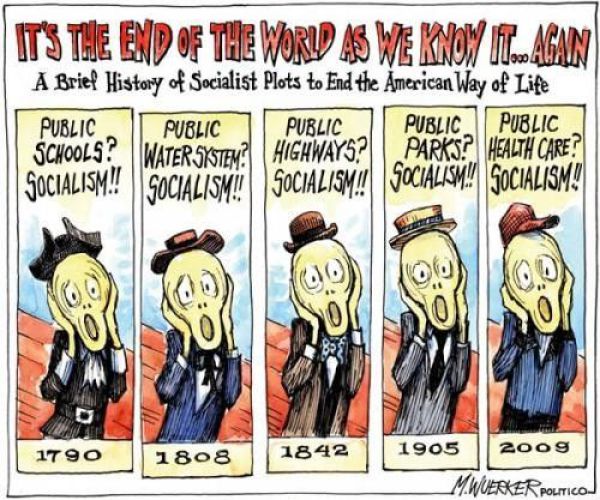 How ironic is it that the Very Stable Genius hails Norway as an exemplary nation? It is, after all, a fantastically successful democratic socialist nation, with high taxes and lots of "free stuff." They're hard workers, he says, after he and his party have been claiming for years that socialism makes people lazy. I hope poor Paul Ryan wasn't listening too hard. It could bring back scary memories of how he got by with the help of social programs.

And why in gods' name (Norway is now, by majority, an atheist nation) would any of them want to come here?


... We like where we live. In fact, Norway is the happiest country in the world. We are that way because we live in an egalitarian society where we strive to give everyone good and equal opportunities -- regardless of ethnic, gender and social background...

... Today, Norway is one of the richest countries in the world, and we will not give up on our cradle-to-grave welfare. Our parental leave is a generous year, kindergarten is cheap, and our higher education is free. Health care is also free for every Norwegian citizen. Our society strives to be tolerant. Every political party promotes liberal values, gender-equality and human rights. The plumber´s son goes to school with the CEO´s daughter, and social mobility is high. Hence, our leaders have diverse backgrounds and anyone could meet the NATO secretary general skiing in the woods or our Prime Minister at the supermarket doing her own grocery shopping.

So instead of trying to import our whiteness, the US President should try letting some of our ideals in...

If Norway isn't proof of the emptiness of Trumpic Republicanism and the falsehood of everything it stands for, I don't know what is. So, yes, let's finally give Trump what he wants and bring in the Norwegians. By the bucketful. Enough of them to bring their form of government to ours. That must be what he has in mind.