In case you missed the latest addition to the unending pile of Obama-scandals, there's much ado in wingnuttosphere about the fact that two Marines were holding umbrellas for the president and some other guy at a press conference. Naturally, it's horrifying.

Mr. President, when it rains it pours, but most Americans hold their own umbrellas.

And thus respondeth the internet: 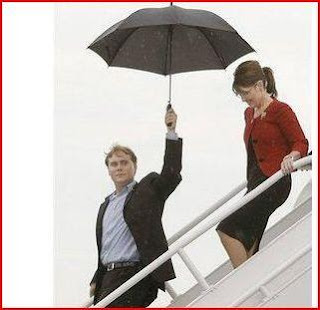