The Quagmires Just Keep On Coming 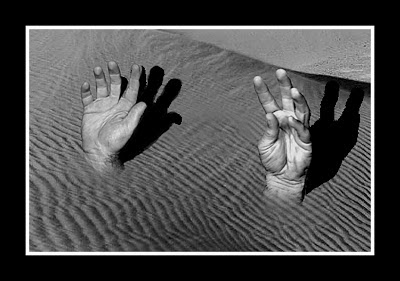 John McCain and Lindsey Graham would have us believe it's a simple proposition: do something in Syria. What that something might be, they'd haven't exactly specified, but it sure oughta be something, and it oughta be just right.

For those not seeking the political spotlight or the scoring of political points, the situation is a little more complex. If ever the term "damned if you do, damned if you don't" had meaning, well, this is it. As it was, of course, in Iraq and Afghanistan. Or, maybe it was (and is) "damned if you do." I mean, really: how many times do we need to intervene in tribally fractured and embittered countries before we figure out we have no control over what happens next?

Anyhow, there's a really good article in The New Yorker that goes into lots of detail, making clear how non-McCain-easy the problem is. For one thing, the rebels our war-mongers are so anxious to arm are anything but our pals:


... On April 10th, a man calling himself Abu Mohammad al-Julani posted an audio recording on YouTube in which he pledged the loyalty of his organization, known as the Al Nusra Front, to Al Qaeda in Iraq. “We look forward to bringing back Allah’s rule to his earth,’’ he said. Al Nusra, the most radical of the Syrian rebel groups, announced its formation in January, 2012, when six senior members of Al Qaeda in Iraq were dispatched to Syria. According to a Middle Eastern official, a number of them had worked as lieutenants for Abu Musab al-Zarqawi, the founder of Al Qaeda in Iraq, who was killed by a U.S. air strike in 2006 after directing a campaign that killed hundreds of Americans and Iraqi civilians. “They just moved over to Syria,’’ the official said. To better insinuate themselves into local society, they adopted Syrian-sounding names.

In barely a year, Al Nusra has grown into the strongest rebel group, with several thousand fighters carrying out operations in every region of the country, marking their territory with a black banner, like the one used by Al Qaeda in Iraq, that reads, “There is no God but Allah, and Mohammed is his prophet.” Intelligence officers say that Al Nusra’s leaders have learned from the mistakes they made in Iraq, where Al Qaeda’s bloodlust so alienated Iraqis that they turned to the Americans, splitting the insurgency...

The article includes lots of history of the US in that area, and a lot more detail of what's going on. The reporter, Dexter Filkins, is, in my opinion, one of the best on the subject. It's really worth a read, especially for those inclined to think we're overdue for another adventure.