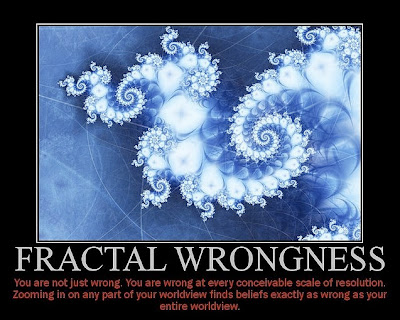 "If I had the opportunity to put Obama against the wall and shoot him, I would. I would kill, if possible, the President for what he has done to this country."

I feel bad for the guy: he's old, he's a veteran, he's probably, at some level, mentally disturbed (interesting what the family says about the Secret Service in that link). He was damn well-armed. Even so, I doubt he is or was a real threat to the President. But what's actually so disturbing is the idea -- believed by virtually all teabaggers, for whose sanity I would not presume to vouch -- that President Obama has done something horrible to this country; so much so that he deserves death, or worse. Like this poor guy, the people who believe that are, largely, the results of the brainwashing cabal known as Fox "news" and the rest of the RWS™.
Because what, exactly has Obama "done to this country"? Other than rescuing the auto industry and returning it to stockholder ownership, helping to turn the economy around and at least headed in the right direction, getting banks to repay most of the TARP money, making it easier and cheaper for students to get loans, getting major health care reform (of which, I'll stipulate, we won't know the effects for several years, but which didn't fundamentally change the interposition of capitalist profiteering non-government health insurers between patients and caregivers), he's left the political and economic infrastructure of our country mostly unchanged but on measurably better footing. Look around, ferchrissakes! What the hell is different, other than the color of people in the White House, and the graphs of job loss and the trajectory of my stock portfolio? Behind which tree does the threat hunker?
"...What he's done to this country." "I want my country back." "...Taking away our freedoms." Specify, please; and do so without regurgitating the crap with which you've been bombarded by the right-wing scream machine. Base it on something real. Anything for which there's evidence.
Some on the left feel disappointed that Obama hasn't done enough actually to deserve such baseless whines, that he's left the country too much the way Bush did. The fact is, the only way a person can look at what's happened since BHO took over and see destruction is by having absorbed and believed with total credulity the non-stop lies and mischaracterizations they've been fed. They see something that's not there; they see what's there and the image produced at the back of their brains is from a different movie. They're Burt Lancaster in "Atlantic City," when he says, "You should have seen the Atlantic Ocean in those days."