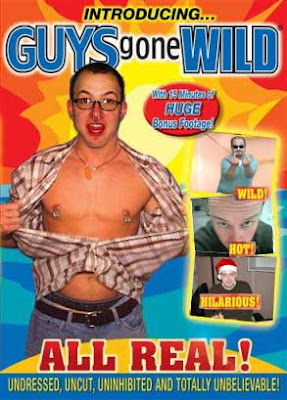 To say John Kyl is not a very smart guy and one whose priorities have nothing to do with protecting our country or moving it forward is to say there are Republicans in the Senate. So, no, it's not surprising that the guy, for no reason I can think of, has decided personally to kibosh the nuclear treaty with Russia (with the blessing of the rest of his asinine abettors.)

Republicans had made Sen. Jon Kyl (R-Ariz.) their point man on the issue -- it's not clear why, since Kyl has no background or working knowledge of the issue -- and he made specific objections to the Obama administration clear. Officials, in response, gave Kyl what he asked for. The deal, they thought, was done.

Over many months of negotiations, the administration committed to spending $80 billion to do that over the next 10 years, and on Friday offered to chip in $4.1 billion more over the next five years. As a gesture of commitment, the White House had made sure extra money for modernization was included in the stopgap spending resolution now keeping the government operating, even though almost no other program received an increase in money.

All told, White House officials counted 29 meetings, phone calls, briefings or letters involving Mr. Kyl or his staff. They said they thought they had given him everything he wanted, and were optimistic about completing a deal this week, only to learn about his decision on Tuesday from reporters.

Kyl wouldn't even give the White House the courtesy of a phone call to let them know he was betraying them and the nation's national security needs. Worse, the dimwitted Kyl, with the future of American foreign policy in his hands, couldn't even give a coherent rationale for why he'd made the decision -- his office would only say "there doesn't appear to be enough time" in the lame-duck session.

This is what happens when serious officials try to negotiate in good faith with Republicans -- they refuse to take "yes" for an answer, they don't have intellectual capacity to explain why, and the entire country has to suffer the consequences.

[Emphasis by your blogger. Because there's never been a truer statement, any time, anywhere.]

I take it back. I can think of a reason, and it would seem to be the only one: Kyl's prime motivation is to make President Obama look bad, no matter the impact it has on our country. Loose nukes? Who gives a sh*t, right? Another arms race? F*ck, yeah! Help from Russia on the Iran problems? Who needs it? (How's that balance-y America-y thing workin' out for ya'?)
Awful doesn't describe these guys. What words do? Can anyone make a reasonable (i.e., not Frankonian, not Foxobeckian) argument for Kyl's action? After they gave him what he said he wanted? I'd love to hear it.
[Well, here's another view, suggesting Kyl's naked dishonesty may have lit a fire under the generally non-flammable Harry Reid. One can hope. And here's an answer to my question from one of the rare R Senators who occasionally makes sense. Not that it puts them in any sort of good light. Quite completely the opposite, in fact. Nor does it offer hope for ratification, now or ever.]
at November 18, 2010