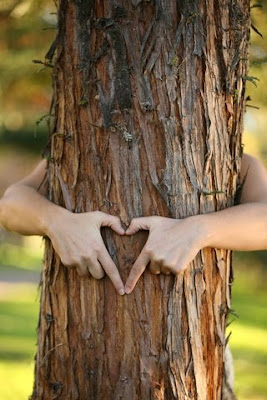 Starting with the Republican intellectual leader, Rush Limbaugh; flowing to their pseudo-intellectual leader, Krauthammer; and picked up by their spiritual leader, Palin, is the latest and perhaps the most idiotic (for now) talking point of the season: the oil spill is the fault of environmentalists. With this, they've truly outdone themselves. Which, most certainly, is NOT to say it won't be sucked up and re-mouthed as gospel by teabaggers and the sort of happy harpers that occasionally roam these parts.
It goes like this: those nasty tree-huggers have made it impossible to drill on shore or close to shore and, because they call the shots, have forced the helpless oilmen like the obsequious and pliable Cheney, lacking influence, to take their platforms and slink into the deep waters. Right. Had they let them drill in ANWR, they'd never have gotten wet. Right. Had Palin won she'd have corked those babies and we'd never see an offshore rig again. Right. And, I imagine, had it not been for environmentalists, BP would never have cut corners. Environmentalists have always been delighted to see deep water drilling. Right.
It's not at all surprising to hear this sort of crap from the RWS™. They simply have no regard for reason or and even less -- much less -- for their audience. (When, oh when, will teabaggers realize it?) And, having witnessed the deeply depressing spectacle of that audience slurping up their effluvium and repeating it as if it made some sort of sense, it's not surprising -- not any more -- to see them do just that. Why should the RWS™ stop spreading sewage as long as people think it's chocolate pudding?
Unsurprising it may be; but it's still really depressing. It's a perfect example of the sort of slop that passes for political thought on the right, and is accepted as such, no questions asked, by the masses -- poised to vote in mere months.