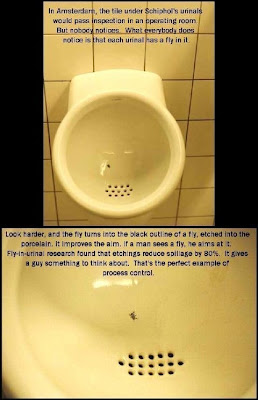 It should be clear to everyone by now that Congressional Republicans, the RWS™, and everyone at Fox "news" would rather see President Obama fail than see our country succeed. It's as overt as an oil spill. The best thing that could happen, in their eyes, would be for the country to fall into another recession. (Well, that, or the nuking of a city by al Queda.) So here's how it goes:
Among economists there is some disagreement about the size and scope of the recovery act (with at least two Nobel winners saying it was too small); but almost none think it was unnecessary. Deficits, though not particularly desirable, are an unavoidable consequence. For now. And only the most hard-core deniers argue that the stimulus hasn't been of benefit. So what's a right-winger to do? Inheriting the worse economic calamity since The Depression, promising to reverse it, and succeeding, Obama has put the Republicans, whose policies drove us off the cliff, in a bit of a bind.
Easy. Rail about the deficits. Whip their easily-whipped, frightened, and uninformed teabagging minions into a frenzy; send the talking points to Fox "news," see to it that their cadre of echoing RWS™, who have nothing in mind but their ratings and their next dose of oxycontin-lithium, will pump up the volume. And presto, as darker night follows night: in a perfect meld of the credulous and the cruel, the paranoid and the pseudopatriot, the disingenuous and the disturbed, you're on the way to wrecking the economy -- AGAIN -- in order to win elections.
It's not hard to imagine the meetings in the unprepped bowels of the Congressional Republican hiding places. "Deficits," they announce. "It's all we've got." A plan forms: call Dick Armey and get him to roll out his astroturf, put it under the feet of his teabaggers. Deficits, deficits: play them like a vuvuzela, get Hannity on the phone, leave a message for Beck in his tinfoil closet. And be sure, for god's sake, not to mention that ninety percent of the deficit going forward is from Bush's tax cuts and spending increases; don't ever refer to the things Obama has already done to lower deficits; and, whatever you do, don't let anyone talk about the impact of more recession on our economic future. Deficits, just deficits. It's simple, it's perfect for people for whom bumper stickers have replaced newspapers. It'll work.
It is working.

"If Congress doesn't provide additional stimulus spending, economists inside and outside the administration warn that the nation risks a prolonged period of high unemployment or, more frightening, a descent back into recession. But a competing threat -- the exploding federal budget deficit -- seems to be resonating more powerfully in Congress and among voters."

"Seems to be," all right. And why is that? See above. Egged on by people for whom national interest is the furthest thing from their minds, people have come to prefer economic calamity over short-term deficit spending. Rightfully, Obama has pledged to address deficits when the time is right. Wrongfully, with only their return to political power in mind, the selfish have convinced the short-sighted that the time is now.
You sort of have to tip your hat to the brilliance: all it takes is a surpassingly cynical (if accurate) view of voters and willingness to lie to them unendingly, to deceive them without a second thought. In Twenty-First Century America, if a party untethers itself from love of anything but its own power, nothing is impossible.