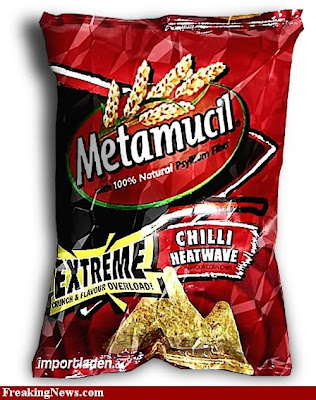 If Rand Paul has his way, we'll end all regulating of business. Same with a former pro football player in my state, running against Patty Murray. Get rid of 'em all, he says. Ditto John Boner, Mitch McConnell, and Sarah Palin, who's against regulations except when she's not. (Okay, let's give Sarah a pass: she really has no idea what she believes (except in faith healing.))
It's insanity. Who but Republican politicos and the usual RWS™ could actually try to make the case that the response to under-regulated banks and oil wells is to deregulate even more? Here's an article on the subject that feels eminently reasonable to me:

...it’s hard to think of a recent disaster in the business world that wasn’t abetted by inept regulation. [...]

These failures weren’t accidents. They were the all too predictable result of the deregulationary fervor that has gripped Washington in recent years, pushing the message that most regulation is unnecessary at best and downright harmful at worst. The result is that agencies have often been led by people skeptical of their own duties. This gave us the worst of both worlds: too little supervision encouraged corporate recklessness, while the existence of these agencies encouraged public complacency.

In particular, its concluding paragraph resonates:

...[S]uccessful regulation, by filling information gaps and managing risk, fosters confidence in the safety and honesty of markets, which in turn makes them bigger and more robust. The pharmaceutical industry, for instance, would be much smaller if people were seriously worried that they might be poisoned every time they took a new drug. And though executives chafe at financial regulation, the protection it provides makes investors far more likely to hand them money to play with. If we want our regulators to do better, we have to embrace a simple idea: regulation isn’t an obstacle to thriving free markets; it’s a vital part of them.

And yet our country is steeped (get it?) in teabaggers demanding the return to every policy that got us where we are. In our history -- and it's not like you have to go very far back for examples -- there are countless examples of deregulated industries going wild to the detriment of our economy and to the harm of consumers. Are there really any examples of the opposite; of over-regulation causing such economic (and ecologic) violence as we've just seen?
It's like that forget-zapper thingy that Tommy Lee Jones used to such good advantage. Who knew it'd work on half the population of an entire -- and supposedly enlightened -- country?
Oh, yeah. Karl Rove knew. So did Newt Gingrich. And Mitch McConnell, and Tom DeLay, and Dick Armey (who founded a whole army of dicks.) Sarah, Michele, Glenn? Not so sure. I don't think they've ever understood what went on or what's going on, only how to whip up frenzied support for nonsensical positions on wrongly-defined problems. But what's the difference? Whether by deviant design or insane intention, the result is the same: ill-informed voters masterfully manipulated into voting against their own interests, while being led to believe they're doing the opposite, forgetting the lessons of recent history, so recent as to be reverberating in the very air they breathe.