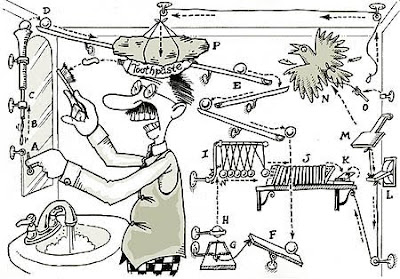 Sadly, there are still those who watch Fox "news" and consider it a reliable news source. Ethical, even. A couple of them drop by here once in a while to sing their praises and leave a mess. I keep hoping I could convince those people to peel the scale from their eyes. As if.
Anyway, here's but one small -- and recent -- example of what they do. (I believe the term is "lie." But since it's all they do, no matter the issue, there ought to be a stronger word, wouldn't you think?)

In 2006, the Bush Administration closed off a five-square-mile stretch of the Buenos Aires National Wildlife Refuge to the public to allow the Border Patrol to improve security. Owing to mission creep of sorts, this section stayed closed. And how does Fox interpret this? That President Obama is giving vast stretches of land back to Mexico.

I have to admit I'd never before visited the Fox "news" website. I just did. It's really quite astounding. One after another, relentlessly, article after article attacking President Obama, liberals, government policy in the most slanted language. It's not as if this stuff isn't ubiquitous on right-wing websites. But this is the network that calls itself fair and balanced. We report, they claim, allowing "you" to decide. Even the Huffington Post has articles critical of Democrats, and of the president, and it regularly posts commentary from such wingers as Tony Blankley.

But Fox... well, they're in a category alone. I don't begrudge them their bias and their right to lie through their pixels. It's just that I'm continuously boggled by the fact that anyone -- even teabaggers and others of such limited critical skills -- could call them a useful source of news. Of confirmation bias, sure. Of reinforcing prejudice and fact-free belief, of course. A place to go to get lubed and stroked, the best.

But, c'mon: a fair news source? A news source by any definition? It's pathetic, if laughable.