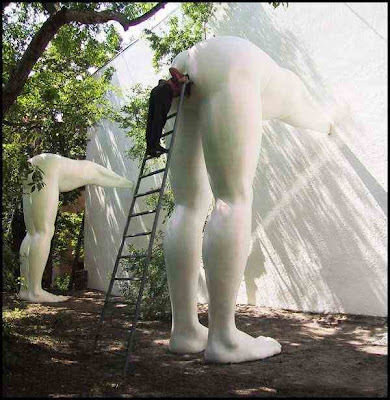 Behold. These are the guys who want you to return control of our government to them.
Mitch McConnell, who's never believed a thing he's ever said, is single-handedly preventing final votes on eighty important government appointees. Why? Because he's pissed off over one particular recess appointment. Willing to slow down our government in areas where it's most needed, ignoring the fact that George W. Bush did the same, dozens of times, he stamps his fat little feet and has a hissy fit. Over eighty people already approved by committee. Can there be any doubt about his lack of seriousness toward governance? About his commitment to effective leadership for the common good? Really? And let's not even talk about the fact that there are Senate rules allowing such power to a single senator, and that there are sinister senatorial slimeballs such as McConnell, Coburn, and so many others, perfectly willing to abuse it.
And in case the obviousness has escaped you, here's yet another example of Republican power-brokers delighted to see America struggle. The oil disaster is just peachy to them:

Republican communication strategists in Washington and Louisiana are thrilled at the press coverage of the disaster in the Gulf of Mexico, according to e-mails from GOP officials accidentally sent to the Huffington Post.The specific news report that had party operatives celebrating was a local Fox Channel 8 report on an event held by Louisiana Gov. Bobby Jindal calling on President Obama to lift the moratorium on offshore drilling."Watch the video -- you can't beg for a better package than that," writes a top Louisiana GOP spokesman to a communications staffer at the Republican National Committee.

Then, for just plain idiocy, there's this.

Oklahoma State Senator Rex Duncan (R) is pushing for a ballot measure that would prohibit courts from considering international or sharia law when deciding cases. He says the measure is a "preemptive strike" against "liberal judges" who want to "undermine those founding principles" of America.

What is there to say about people who think like this? And about those that vote for them? How many of them can a democracy tolerate before it collapses under its own weight?
It's one thing to have the occasional citizen passing out drool-stained and misspelled literature on a street corner somewhere. It's quite another when a major party keeps electing them and calling them heroes.