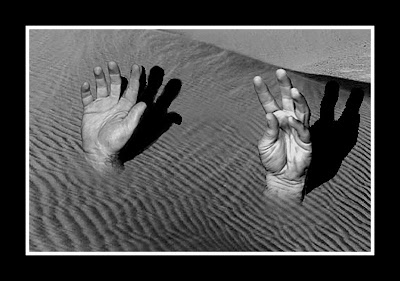 Hard to be optimistic about Afghanistan. Says, only in part, a report from our own government:

DOD and the State Department have experienced a myriad of problems in carrying out this training. For the Afghan Army, problems include attrition rates of about 20%, deficiencies in leadership, frequent absenteeism that can reduce units to 50% of their strength, limited logistical capabilities, and questionable behavior. For the police, training has been hampered by illiteracy, corruption, and the targeting and killing of police recruits and police by insurgents.

Summarizing an April Senate hearing on Afghan police training, the CRS report cites the following problems, which have also been widely noted elsewhere:

* Persistent problems in relying on private contractors including poor performance and bad behavior, unauthorized use of firearms and inadequate vetting, and shortages of contractor personnel; and

* Lack of sufficient personnel to manage contracts and insufficient contract oversight including invalid invoices as well as inadequate performance.

Plus, our enemies have never lost there, and, it seems likely, never will. Because of this:

As for the Americans, they won his bitter enmity. By Zaeef’s account—which aligns with those of numerous other prisoners who fell into U.S. hands in the wars that followed September 11th—he was treated barbarically: stripped naked, beaten, interrogated endlessly to no purpose, always kept isolated and ignorant of his situation, made to endure years of physical and mental torture in a condition of legal blackout. In a way, even worse than the loss of his rights is the sheer gratuitous ugliness of his treatment at the hands of American soldiers: “Every day all prisoners were lined up outside and made to stand in the sun. There were about twenty tents that held eight hundred prisoners. Not all soldiers were the same, but some would command us to stand there for half-an-hour before they took the attendance register and almost two hours afterwards. No one was allowed to sit down or stand in the shade, no matter what his condition.” Zaeef adds: “May Allah punish those soldiers!”

In Zaeef’s telling, He surely will.

The Americans have won the hatred of all Afghans, he concludes, and will lose the war as the Soviets lost theirs: the whole world is turning away from the U.S. and coming to see the justice of the Islamic cause. Like any religious revolutionary, Zaeef is certain that history and faith will soon rhyme. His entire story is saturated in righteousness; all the hardships he endures are redeemed by the solidarity of the faithful, whose superiority to non-Muslims is taken for granted. Zaeef doesn’t even pay lip service to the notion of equal rights for all: the only outrage is what’s done to Muslims, because they are Muslims and better than the rest of humanity. This world view is founded on such chauvinism that Americans, with our automatic assumptions about equality, might fail to notice it. “My Life with the Taliban” shows that, while all wars are foolish, some wars are not a matter of mere misunderstanding—that beneath the superficial differences of clothing and facial hair lie more profound differences that can’t be reconciled.

I can't judge the only legitimate rationale for continuing our war there: the extent to which there's a risk of Pakistan nukes falling into al Queda hands, and the extent to which our presence reduces that risk. I don't know. But no matter the worth, it seems a doomed mission: the more so for a country that tries hard to avoid civilian casualties, fighting an enemy for whom causing civilian casualties is their most effective tool. Even considering the Pakistan situation, it approaches inarguable obviousness that the resources we're expending there could be put to much better and more clearly effective use at home. If it's true -- and I think it is obviously so -- that we can't prevent terrorism with armies -- then it follows that our best defense is bolstering the home front. Along with, of course, selective military strikes when intelligence demands it. I think continuing the war is Obama's biggest mistake, by far.
Nor does this article, discussing the war from the point of a recently disembeded reporter, do anything to dispel a sense of pessimism:

.... Yon's outlook is bleak. "Even if the President commits more forces [next year], they will not be effective until 2012. By that time, more allies likely will have peeled off, requiring us to commit even more forces to cover down. We lost crucial time in building the Afghan National Police and Afghan National Army and so forth, and today we are paying the price. This is not to mention that the Afghan government is sorry at best and criminal at worst."
He concludes, "The trajectory of this war leaves a sick feeling in my stomach. It's as if I've watched a space shuttle liftoff while sitting at launch control, with full knowledge that it will abort to the Indian Ocean. We are trying to reach orbit with insufficient fuel."
Presently, Michael Yon continues to cover the situation in Thailand. As long as General McChrystal is in charge, his days as an embedded reporter are finished, though he intends to return to Afghanistan independently in the near future.

I also know that were President Obama to make the clear case for withdrawal, the RWS™ would pillory him relentlessly. On the other hand, so what? They already are.

Email ThisBlogThis!Share to TwitterShare to FacebookShare to Pinterest
Labels: Afghanistan, war on terrorism