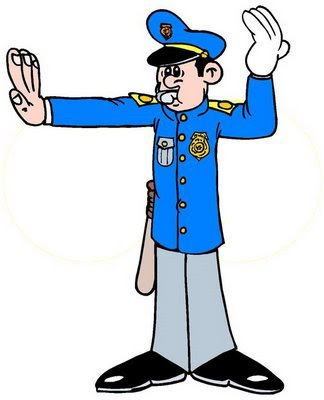 Of the many things I find incomprehensible about the American right wing, their hatred of the ACLU is very near the top of a long and depressing list. That a party which claims reverence for the Constitution and professes distrust of big government reviles an organization dedicated to protecting people's rights from government overreach has always seemed absolutely self-contradictory. Hypocritical. Nonsensical. Inconsistent.
So what else is new?
I just read an article that reconfirmed the insanity. It turns out -- hold onto your hats and sit on them, everyone -- RWS™ bombard their flock with untruths, while ignoring reality. Hard to believe, I know; I wonder if it could be a pattern. And, as we saw in a previous post, constant bombardment of people unable to distinguish truth (and who have no desire or capacity to make the effort) is very effective.
In reference to the recent punishing of some California students for wearing American flag images on Cinco de Mayo, the article begins by listing nearly countless examples of right wing outrage (understandable) along with claims (untruthful) that the ACLU (the "American Communist Lawyer Association," as one ranter describes it) was silent on the issue. It wasn't.

Punishing students for wearing T-shirts with the American flag is a clear violation of their free speech rights. The ACLU of Northern California responded to the incident by sending a letter (PDF) to Morgan Hill Schools Superintendant Dr. Wesley Smith, reminding him of the speech rights students are entitled to under the U.S. Constitution and California law.

The article, written by a previously mentioned and vanishingly rare thoughtful conservative, goes on:

A PDF of the more formal letter sent to the school is here. This shouldn’t surprise anyone familiar with the actual ACLU, as opposed to the movement conservative caricature of it.

It also mentions several other similar incidents in which the ACLU has been involved. And I well remember when the (commie Jew liberal) ACLU supported the right of American Nazis to march in the heavily Jewish town of Skokie, Illinois.

Of all the people whose natural inclination you'd think would be strong support of such a group, it ought to be so-called conservatives, libertarians, and, if they knew the first thing about anything, teabaggers. Protectors of civil liberties, willing to stick out their necks, to do the unpopular thing in the name of constitutional rights: could such a group be more American, more desirable, more, ferchrissakes, conservative?

I simply can't fathom it.

Well, of course I can. Congressional Republicans, the RWS™, and most of those who support and believe them, have no more love for the Constitution than they have understanding of it. They only love the law when it's convenient, when it applies to them; not to the poor, the brown, the black, the gay, the female, the non-Christian. Any people they don't like. Of that, they really hate to be reminded. Which is what the ACLU does, every day, across the political spectrum. We're a nation of laws, it says; laws that need to be applied equally, to majorities, minorities, rich, poor, powerful and weak.
Hateful, UnAmerican stuff, that.

Email ThisBlogThis!Share to TwitterShare to FacebookShare to Pinterest
Labels: ACLU