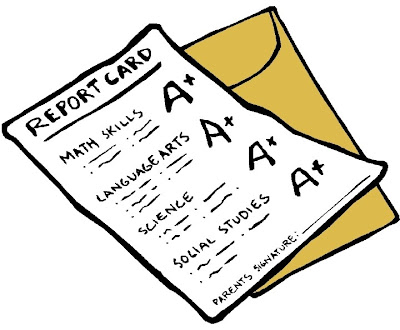 Addressing problems in public education is a worthy enterprise, and lots of people buy into the idea of charter schools as a solution; even people capable of thinking -- i.e. liberals -- have jumped on board in many areas, including my state. In theory, why not give them a try, right? But the problem is in the execution. First and foremost is that the main drivers are conservatives who fear actual education, who'd rather have the opportunity, on the public dime, to diseducate their kids and keep them free from the effects of learning to think for themselves. (Maybe the biggest problem is the ability of charter schools to select the brightest and most advantaged kids, leaving the rest in ever-disintegrating remainder schools.) There are, of course, many well-intentioned people behind the charter school movement, and many that do very well. Still, the main movers, as seen from my perch, are those with a conservative/religious agenda. Gotta get rid of that evolution stuff, and get god back at the lectern.

Lots of studies have questioned the superiority of charter schools, but they remain the teabagging ideal. So it's interesting to learn what happens, at least in a particular instance, when one of them fails to perform, and when it's run by a big Republican donor.


... And that's when things got interesting. The Associated Press reported yesterday that Tony Bennett -- Indiana's former schools chief who has since become Florida's education commissioner -- "frantically overhauled" its school grading system last fall in order to ensure the Republican donor's charter school got an "A," even though it earned a "C."

[T]rouble loomed when Indiana's then-grading director, Jon Gubera, first alerted Bennett on Sept. 12 that the Christel House Academy had scored less than an A.
"This will be a HUGE problem for us," Bennett wrote in a Sept. 12, 2012 email to [then-chief of staff Heather Neal, who is now Gov. Mike Pence's chief lobbyist]. Neal fired back a few minutes later, "Oh, crap. We cannot release until this is resolved." [...]
A weeklong behind-the-scenes scramble ensued among Bennett, assistant superintendent Dale Chu, Gubera, Neal and other top staff at the Indiana Department of Education. They examined ways to lift Christel House from a "C" to an "A," including adjusting the presentation of color charts to make a high "B" look like an "A" and changing the grade just for Christel House.

Wait, did that say Bennett and his team looked at "adjusting the presentation of color charts" to make a "B" look like an "A"? Yes, yes it did.

Oh, and did I mention that the Republican donor in question had directly contributed $130,000 to Bennett before he scrambled to improve the donor's school's grade? Because that happened, too...

Well, knock me over with a teabag. Fudging facts, paying off paying off. Guess this'll open some eyes, huh? Wake those people right up.

Voted out of office in Indiana, and now head of public education for the state of.... Florida. Woke up? Yeah. Right.