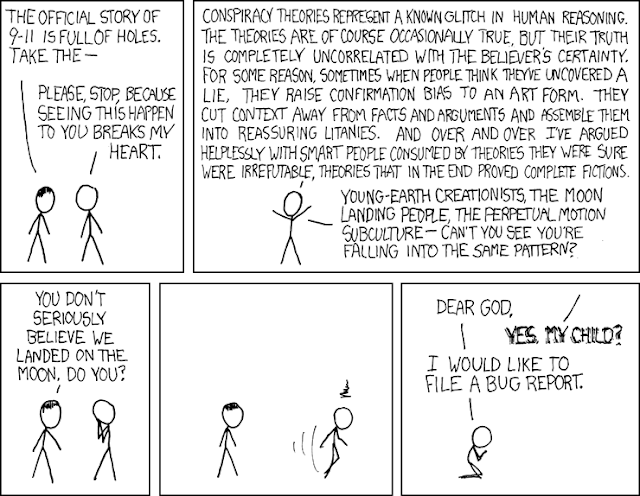 I used to know a guy, before he went nuts. Last I heard from him, which was a couple years ago, he was convinced that the raid on Osama bin Laden was a fake; that OBL had been dead for years. Because, you know, the guy, being expert in all things, knew there was no way OBL could have lived that long with kidney failure. He wrote about it on websites, and, as is the case with all conspiracy theorists, had a loyal and reverent following. So I thought of him when I read this, regarding a report by a Pakistani government-appointed commission, post-raid. (It does contain some interesting tidbits.)

Well, of course, it's faked, too, right? Because if there's anyone in cahoots with the US, it's the Pakistanis. And, of course, those wimpy Navy Seals would just roll over and pretend, and keep it a secret.

The human brain. What a blunt instrument.

[Image source] [And, yes, it broke my heart, too, when the guy took leave of his senses.]