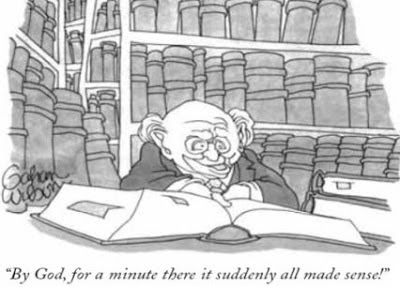 They say even a blind pig will eventually find a truffle. And so it is that Rush Limbaugh had a moment of clarity, talking to a listener about watching Fox "news."


Next, a little inward-directed self-reflection (that part of the pig ain't never gonna get truffled), and hope could spring. (Sadly, Americans prefer getting their news from TV, where neither thinking nor effort is required; and Fox remains their #1 source. Given the rampant if puzzling need for so many people to close their minds around falsehoods rather than facing reality, it ain't gonna change.)