Racing To The Bottom 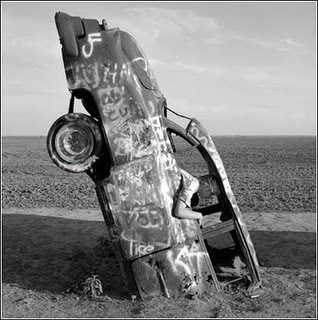 Clearly, no one -- especially a black President of The United States -- can discuss race in this country without being willfully misunderstood, nor without entirely predictable and physically repulsive responses from our America-loving, Jesus-following right wing brothers and sisters. President Obama's semi-spontaneous appearance at the White House press conference (spoken without a teleprompter) brought forth words with which virtually all Americans ought to be able to agree, were those Americans not fully predisposed to hate on them; were they able to listen for themselves, without the deliberate attempts of right-wing propagandists to prevent them from hearing what was actually said, by preemptively shouting it down. Take Sean Hannity, for example:

"Now the president's saying Trayvon could've been me 35 years ago," Hannity said on his radio show. "This is a particularly helpful comment. Is that the president admitting that I guess because what, he was part of the Choom Gang and he smoked pot and he did a little blow — I'm not sure how to interpret because we know that Trayvon had been smoking pot that night."

Good one, Sean. No doubt it got huzzahs and hurrahs from his dead-brained and hate-filled listeners. Ha ha. God forbid he'd actually consider the point, which, in fact, was in no way an attempt at divisiveness, nor a disagreement with the jury's decision. Mr Obama's words, the full transcript and audio of which is here, were statements of the reality of racial history and of impediments to understanding on both sides. Hannity, unable to control his assholery because he has nothing but assholery in his very being, chose completely to ignore the point. He wants to prevent his listeners from having unfiltered access.

On the other hand, Hannity's assholery perfectly illustrates why there's no getting through to today's sorry excuse for conservatives, nor desire on their part to think in new ways. It suits them to be education-rejecting, reality-ignoring, conversation-unable troglodytes, preferring wallowing in their prejudices over participating in progress; over seeing through their self-generated fog.

The only glimmer of hope, as President Obama said, is that the youngest generation seems a little less susceptible to the indoctrinations their parents swallowed like what it is that teabaggers swallow. Even so, it's an uphill battle, because this generation of hate-prefering and lie-believing teabaggers is doing everything possible to see to it that their kids, and yours and mine, are prevented from thinking for themselves: trying like hell to make this a theocracy; working like slaves to ruin public education. (According to some, thankfully, it's not working.)

So, thanks, Sean Hannity, for so clearly illuminating what humanity is up against. And not just in race relations: in anything that requires thinking beyond oneself, thinking with big words and compound sentences, for the common good, for the survival of the nation, and of the planet.