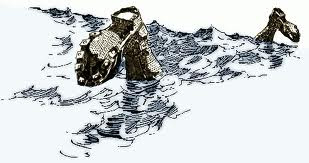 Maybe there's more to the story, but it's hard to imagine what. On its face, it's pretty damn disturbing:

Jeremy Scahill blasted the Obama administration on Thursday for its opposition to the release of Yemeni journalist Abdulelah Haider Shaye from prison.

Shaye was jailed on terrorism charges after he reported on an American cruise missile strike in Yemen that killed many civilians. Though the charges were widely seen as trumped up, Shaye remained in prison at the behest of President Obama, who told Yemen's president that he should back off of a planned pardon of the journalist.

Shaye was finally freed on Tuesday; the White House said it was "concerned and disappointed" about the release.

Speaking on "Democracy Now," Scahill said that Shaye had been imprisoned "because he had the audacity to expose a U.S. cruise missile attack that killed three dozen women and children, and the United States had tried to cover it up." He harshly criticized Obama for pressing for his continued imprisonment.

Maybe the guy was deliberately lying to promote the cause of terrorists, in which case, it's not exactly journalism, unless you consider other water-carrying propagandists like him -- Hannity, Limbaugh, et al -- journalists. But Scahill has impressed me as brave and reliable. So, who knows? It seems it's too easy for presidents, even thoughtful ones, to go overboard in the name of what they see as protecting the US.