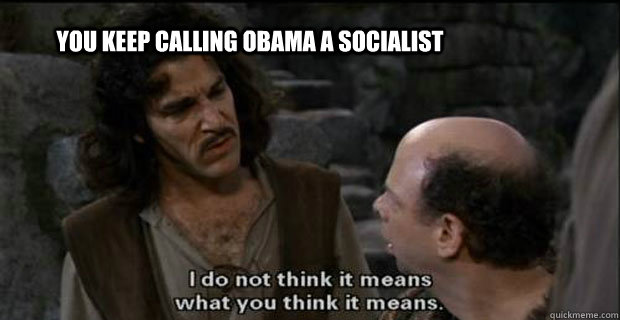 For an America-hating anti-capitalist, that Obama guy sure has a lot to learn:


Five years after the financial crisis, Wall Street banks are recovering splendidly. Record profits are becoming routine, and earnings are way, way up. Today, we learned that Goldman Sachs made $1.93 billion last quarter, or double what it made in the same quarter last year. Last week, we learned that JPMorgan Chase made $6.5 billion in the second quarter, or more than $72 million per day. And on Thursday, we're expected to learn that Morgan Stanley — the last of Wall Street's Big Three — made something like $900 million in the quarter.

The lesson of all this? When Wall Street CEOs and other prognosticators warn about the apocalyptic effects of new regulation designed to make the financial industry safer, the best response is to turn around and walk away...