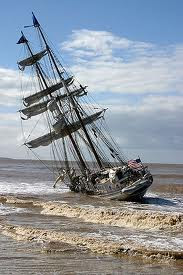 As usual, Charles P. Pierce is right on the money:

....The apparent unwillingness of Republican politicians to look at obvious political realities is a function of the fact that the Republican party has no party leadership any more. There is no "Republican establishment" worthy of the name. The Republican party -- and the conservative movement that is its only source of political vitality -- is made up now of several different centers of power: the conservative media, including Fox News and the universe of talk-radio; the conservative ideas infrastructure centered around various think-tanks and intellectual chop-shops like Heritage,and, most important, the network of plutocratic sugar-daddies operating on their own agendas, and more than willing to assert that agenda even if it seems to be to the political disadvantage of the party as a whole. Last, and finishing very far up the track, is the Republican party itself. Can anyone make a serious argument that a Republican congressman is better off as a Republican politician listening to Reince Priebus than to Rush Limbaugh, or Jim DeMint, or David Koch? If said politician has the latter three behind him, when John Boehner comes to him and asks him to vote for a immigration reform bill, said politician can tell Boehner to go whistle up a tree. To fail at government is to succeed as a Republican politician. If you want to seek the source of the dementia that is overwhelming the Republican party to the point where nothing gets done by the American government, look for it there.

I despair of the idea that it might somehow, sometime, change. Because that would require today's Republican voters wising up enough to elect sensible people. I suppose, to them, "sensible" is what they've got: representatives uninterested in the big picture for the good of us all; people whose only interest is their immediate one. Spending nothing that doesn't directly benefit themselves or the people to whom they've become beholden. People who'll deny the most obvious; who place obstructionism on a par with religious fervor.

It simply seems impossible, before it's too late, that the kinds of people who elect the Boehners, Bachmanns, Foxxs, Gohmerts, McConnells, Ryans, Cantors, and on and on, of the world would somehow magically wake up one morning and decide that there's something more important than protecting only their own most narrow self interest, ignoring everyone and everything else.

It seems impossible, because it is. Teabaggism is about justifying extreme selfishness. Nothing more. (Except, of course, the fact that teabaggers have been convinced, by a handful of billionaires whose selfishness is the real motivating factor, that what they're doing actually is in their selfish self-interest.)