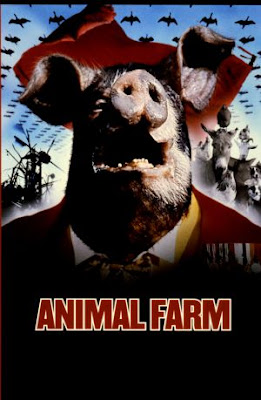 It's obvious by now that those who put our country at risk by authorizing illegal torture will never be prosecuted; and maybe because of that, there are still people out there claiming it works, is needed, and that Obama is a traitor for ending it. (Although it's not so certain he did, which, you'd think, would make him a hero to the wingnuts.)

So this article is highly relevant, maybe more than ever. I'm not so naive as to think it'd convince those who continue to argue, against all evidence (Really??!! There are people who reject evidence to make their case???) that torture was integral to our fight against terrorism. But the interviewee knows of what he speaks, and easily debunks that Rodriguez guy who's been all over Fox "news" peddling his line. Torture good. Law bad:

Who is Jose Rodriguez? What does he know about the waterboarding of detainees after 9/11, and what we did or didn’t learn from it?

Jose was a C.I.A. officer whose area of expertise was in Latin America, but after September 11, 2001, he was put in charge of the C.I.A.’s Counterterrorism Center, and now he’s claiming responsibility for introducing the so-called “enhanced interrogation techniques” (E.I.T.s). In 2005, he ordered the destruction of tapes that showed the harsh techniques being used, apparently contrary to orders. He was later reprimanded by the C.I.A.’s inspector general’s office.

The claims he’s recently been making about the success of the harsh techniques are the same false claims that have appeared in now declassified C.I.A. memos, and which have been thoroughly discredited by the likes of the Department of Justice, the Senate Intelligence Committee, and the C.I.A.’s Inspector General.

The person making those claims isn’t the same Jose that I knew. I don’t know what he really knows, whether he was fed false information, or if he’s trying to defend his legacy, but what he says is at odds with the facts.

You were involved in the same sequence of events—the interrogation of Abu Zubaydah. How does your memory of them differ from the story Rodriguez is telling?

In this area it’s not a question of memory but of factual record. There are now thousands of pages of declassified memos and reports that thoroughly rebut what Mr. Rodriguez and others are now claiming. For example, one of the successes of the E.I.T.s claimed in the now declassified memos is that after the program began in August, 2002, Abu Zubaydah provided intelligence that prevented José Padilla from detonating a dirty bomb on U.S. soil, and identified Khalid Sheikh Mohammed as the mastermind of the September 11, 2001, attacks. Mr. Rodriguez has been repeating this claims.

The reality is that both of those pieces of intelligence were gained by my partner and me, with C.I.A. colleagues, in early April, 2002—months before the August, 2002, start of the E.I.T. program. But in the memos they were able to promote false facts, even altering dates, to make their claims work. ... When the Department of Justice asked Steven Bradbury, acting head of the Justice Department’s Office of Legal Counsel and the author of the 2005 O.L.C. memo to reinstate E.I.T.s, why he didn’t check the facts, he replied, “It’s not my role, really, to do a factual investigation of that.”

What about the identification of Khalid Sheikh Mohammed?

The claim about waterboarding leading to unmasking of K.S.M. as the mastermind of the September 11, 2001, attacks is similarly false. We got that information in April, 2002, before the contractors hired by the C.I.A. Counterterrorism Center even arrived at the site. One by one, the successes claimed by E.I.T. proponents have been shown to be false...

Torture is illegal. It provides unreliable information. It's less effective at getting good information than legal techniques. Its most successful use has always been to elicit false confessions, a la John McCain in the Hanoi Hilton. Or witches in Salem. It should be enough that, until George Bush, the US has always condemned it, and specifically declared that the same techniques it used under him violate the Geneva Conventions. But if that isn't enough for a country that has legitimately claimed higher moral ground than most others, how about the fact that it simply doesn't work, and those that say it does are lying to protect their asses?

Email ThisBlogThis!Share to TwitterShare to FacebookShare to Pinterest
Labels: Ali Soufan on torture