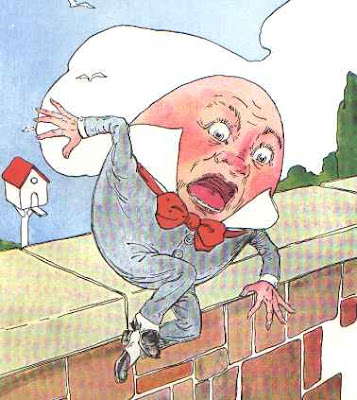 This letter in the NYT moved me. (For those who don't or can't go to the link, it's a letter of resignation tendered by an executive at AIG; not, evidently, one who had anything to do with the departments behind the disaster. He's angry at the failure of the new chief of AIG to defend the bonuses given to those working to fix the problems, and at the political demagoguery around the issue.) I know nothing about the man who wrote it, nor of the inner workings of AIG. But it makes me think I've been right in what I've said in a couple of posts here, and in response to some comments thereon: it's gotten way out of hand.

To be clear: this isn't a one party issue (except to the extent that the Republicans are trying to have it both ways; namely, whipping up anger and blaming those who whip up -- or fail to quell -- anger). Few are the things more disgusting than a politician who thinks s/he is riding the wave of populism. The windy self-righteousness of a Congressperson questioning certain witnesses is a testament to the hypocrisy and smallness of those we continue to elect. And I mean people of both parties. Nor is President Obama blameless: he's tried to apply some perspective and to suggest anger be channeled to positive use (whatever that means.) But he's failed to clarify what I think are some important points. So I will.

As mentioned in my recent post, it seems there are two kinds of bonuses: retention bonuses, and performance bonuses. Moreover, there are two kinds of AIGxecutives: those who f*cked it up, and those trying to put it together again. The proper outrage, in my book, is over money going to the guys who played fast and loose, made buckets of money on the risky financial vehicles which ran us off the road, and who then received bonuses to boot. But there is another group, of which the letter-writer was evidently a member, who came in (or stayed put) to try to make it right, and who had nothing to do with the shady dealings that brought destruction upon us all. For their efforts, they were promised bonuses. And they are the ones now bearing the brunt of the political posturing going on in Congress and in at least a couple of state houses. It speaks very ill of the Congressfolk riding high on their horses, going so far as suggesting a 90% tax on the boni, without making that distinction. Likewise those who threaten to release the names of those getting the money. Intimidation at best. Criminal recklessness at worst. Surely, even recognizing the self-aggrandizing egomania of most elected officials, and mind-numbing stupidity of many, those people know the difference. Seeing a chance for old-fashioned pandering and publicity-mongering, I doubt they care.

But I bet Obama does. Know, I mean, and care. You can see, I think, that he's trying to moderate the fury by saying he understands and shares it, but that it needs a modicum of reason. And yet I think he should have been clearer. Assuming what I've said here is a fair representation of the truth, and that the NYT letter reflects it as well, I wish the President would make a clear distinction between those who robbed the store and those who came in to clean up; between those getting boneri after boning us, and those putting in long hours to launder the sheets. As it were.