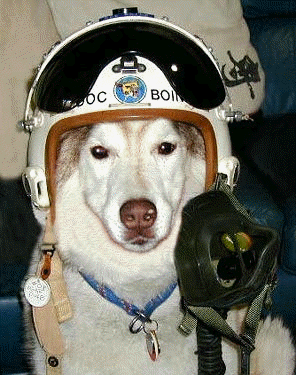 I'm still thinking about the airplane incident to which I just referred. It says so much about certain types of religious belief, and about the god of the Bible. There's something really sinister about it.

To refresh: an article in some Christian news outlet suggests god had a hand in crashing a plane full of kids, including one yet unborn, into a Catholic cemetery. A celestial message pitch, as it were, to the patriarch of some of the victims, who runs women's health clinics, which include abortion services. Even though he happened not to be on the plane.

Well, it's not unprecedented, biblically. After all, god chose to slaughter a bunch of innocent Egyptian baby boys, rather than directly influencing the Pharaoh. I mean, geez, later he parted the damn Red Sea. Why couldn't he have parted the guy's scalp, or burned a Mogen David into his forehead?

But no. We're told he's the sort of guy who picks up an airplane full of innocents, flings it like a javelin into a cemetery, in what might be called an Olympian act. The thing is, other than to the lady writer and those who share her brand of "thought," it's sort of an ambiguous act; surely in an arena of such import, clarity is called for. A guy who can do that has limitless options. For example, there'd have been no mistaking the source and the intent, were god to have set all women's clinics ablaze, and let them crackle without being consumed, like the burning bush. In this, of all things, why speak in a code that only the already-converted will understand? Who, given unlimited options available to none but him, would choose to communicate by hurling innocents to their death? More important: who would consider one who'd do such a thing worthy of worship?

Whoever else it might be, it's NOT a loving person. Not, you'd think, a follower of Jesus.

The fact is, it's completely insane for people both to believe that their god did this (or the Egypt thing, for that matter) while claiming he's all-powerful, perfect, and loving. It's as if I were to punish my child by killing his puppies -- throwing them to their death and then setting them on fire. (In fact, we know there are people who've done such things. The kids are removed from the household, and the parents go to jail; witnesses are sick with revulsion.) Like the puppy-killer, a god who acts in this way is perverse and evil; there's no other proper description. Well, there's "mysterious," but given the context it seems a little lame. Would that doer of doggie deaths be let off on grounds of mystery?

What's appalling is that some people love the idea, rejoice in it. Take abiding and soulful pleasure in it, like the writer of the article. What should we call such pathology? Schadenfreude on cosmic levels? Oh yeah: it's called Christianity. (Well, no, not completely: I have Christian friends who think very differently, and I admire them.)

Well, some might respond, that lady isn't really a Christian. Nor does god act in that way. Really? Is the Bible true, or not? Is God all-powerful, or not? Does he ever intervene in our lives? Because if he does, it's ALL intervention. If he can pick and choose, then in every event, every outcome, he picked, he chose. He made it happen, or let it happen. Everything is intended by god, or nothing is. There's no sensible middle ground, unless you posit he doesn't always pay attention, in which case he is capricious and incompetent.

If I were to die and discover that the writer's version of the Christian god is in fact the way it is, I'd like to believe I'd have the moral courage to reject it, and opt for Hell. Because that view of god is unworthy of us. We should demand more of a god; and, most certainly, of ourselves. Maybe it takes a non-believer to see it.

The good news is that in my non-belief, I don't really worry about such a revelation. If there is a higher power -- an idea I find internally inconsistent, if for no other reason than that I can't figure out who created him/her/them/it -- I reject, for its obvious self-contradiction, that such a power lobs planes into cemeteries to send messages. The bad news is that the planet -- and most especially the USA -- is full of people who not only don't reject such belief, but want to make it the guiding principle of the world. That is not subject to speculation. That is undeniable. And that scares the crap out of me.

Left to their own, they'll be the death of the rest of us. And then, evidently, they'll dance on our graves.
.

Email ThisBlogThis!Share to TwitterShare to FacebookShare to Pinterest
Labels: religion