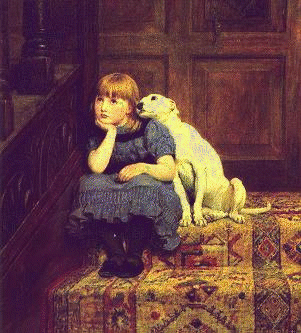 Maybe I've been too hard on them. I'm an empathetic guy, compassionate and fair; the pain of others is the pain of me. I can walk in their shoes (assuming they're 14D) and know their sorrows. And so it is that I'm beginning to feel sorry for them. By "them" I mean thoughtful Republicans. Heck, even some of the more vitriolic commenters on this site. They have a lot to rationalize; it's gotta be hard.

Michael Steele, their titular leader, screws up over and over and claims it's all grand strategy. (For good measure, he's waiting until god lets him know, one way or the other, whether he should run for president. Hey, Mike: I was twittering god yesterday [thanks, Justine]. Trust me: he says go for it. Please. I can't wait for a ringside seat.)

Glenn Beck, their rising media star, believes President Obama plans to round up opponents and put them in concentration camps. Right, Glenn. And he's saving a seat on the bus for you.

Accomplished in nothing but asking a question in which he lied about or misconstrued everything, and, like Paris Hilton, famous only for being famous, Joe Three-pack becomes a party hero.

Michelle Bachmann (R-Batsh*t Crazy) is so sure the President plans to dump the dollar for some sort of world currency, she introduced a bill to prevent it. And like so many on her side of the line that divides psychosis from reality, she has no clue how clueless she is. But maybe she has a point: after all, who can prove Obama doesn't plan to sell Minnesota to Canada? Let's get a law going for that, too. Where does such insanity lead in the Republican party? Straight to Sean Hannity's show. And Glenn Beck's. (What is it with these people and their double "n" fetish? I'm waiting for them to start goose-stepping.) Hey, why not invite this gal, Sean? She's got actual street cred.

Now Newt, who, when Speaker overtly aimed to destroy the Democratic Party to claim a "permanent majority," and who has himself called for ending free speech, claims Obama is aiming for a dictatorship. Hey man, we're in a war over here! Funny how he didn't mind when Bush tossed the Constitution, rounded up citizens, lied about torture, and ignored Congress.

Best of all, John "OE Is Pronounced AY" Boehner has produced the Republican budget plan, holding up a nice blue booklet that contained almost no pages. It was so bereft that even right-wing reporters were puzzled. Containing huge tax cuts -- especially for the most wealthy -- with not even a whiff of a prediction of the financial implications, nor what would be cut to make up for them, the document was waved in triumph. Taking the failed Bush approach even further, it then adds a spending freeze, which not even Republicans (other than their credulous and cretinous Congressional crew) think is a good idea at this time. Boehner seemed irritated and surprised that it landed with a thud, but he assured us that details would be forthcoming. On April Fools' Day! How embarrassing is that? In his premature tractulation, it seems Bo(eh)ner has even pissed off his buddies.

True to form, based on the only actual numbers in the plan -- the tax brackets -- the rich pay less, the poor pay more. And the deficit increases by 300 billion more than the Obama plan. Boy, am I surprised.

Let's see what else: Republicans seethe over the idea that Democrats might use "budget reconciliation" rules to pass their budget, thus circumventing the sixty vote/filibuster route. It's running roughshod over the minority, they weep, rending their garments. While, typical politicians that they are, ignoring the fact that that's exactly what the Rs did to pass Bush's tax cuts, and about a dozen budgets in the past decades. As if that's not enough by way of self-parody, dozens of screamers are still riding the teleprompter meme, implying -- no, actually saying with no reservation -- that Obama can only talk with a teleprompter, while claiming Bush didn't. He did. And when he didn't, unlike Obama he babbled like an idiot. Yet on the meme rolls, oblivious to the numerous press conferences and interviews in which Obama has spoken clearly, intelligently, and with broad knowledge. In what kind of bubbled mind does such a thought resonate? In what world do politicians and pundits think it's an effective tactic? Really, guys, is that the best you can do?

So I can see why there's a certain amount of testiness out there: they don't have a lot on which to hang a happy hat. Their leaders are nonsensical at best, their ideas come pre-discredited. It's gotta be hard to be a Republican right now. I should let up for a while.